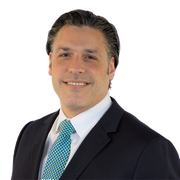 Bill Spadea is the ringleader/host of Chasing News. He brings a unique perspective to the news/talk format, having served as a political strategist, analyst, candidate, and business executive.

Before joining Chasing News, Spadea was a regular guest in the New York and New Jersey television markets as a political strategist and analyst.

Spadea also works with Townsquare Media as the Morning Drive host on talk station NJ101.5 FM. He was the Republican nominee for U.S. Congress in New Jersey's 12th Congressional District in 2004.

Coinciding with his media and political experience as a candidate and pundit, Spadea served as a real estate executive for 18 years. He still has active broker licenses in New York, New Jersey, Washington, and Massachusetts, and continues to speak on training and sales subjects.

Spadea has a B.A. in history from Boston University and was honorably discharged from the U.S. Marine Corps Reserves after serving eight years.

He lives in Princeton with his wife and their two children.