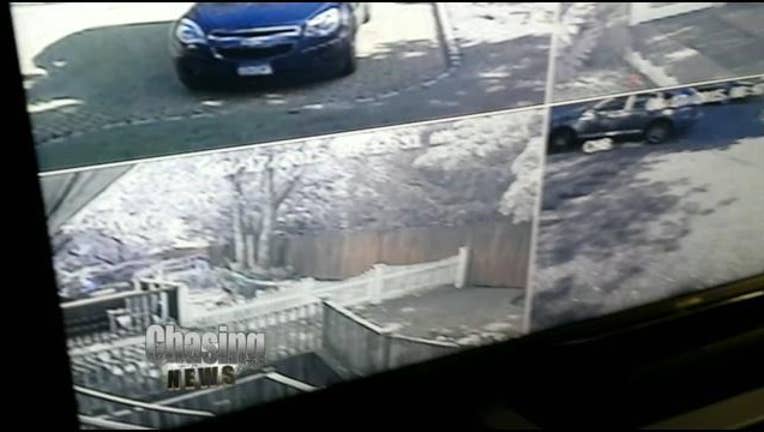 A Long Island man thought he would never see his blind date again but police say she surprised him by coming back to his house and entering through a doggy door to steal prescription drugs.

John Gallagher of Bohemia was set up to go on a blind date by friends, and after the date, he mentioned that he didn’t want to be rude so he brought his date back to his house for a drink.

He never thought he would see her again, until he watched his homes surveillance video footage.

Gallagher said that the video shows Tracy Carter climbing the fence and slipping in through the small door.
“You’ll see her coming through the backyard here, climb the fence, and walk around the hot tub,” Gallagher explained.

Gallagher then mentioned that his blind date came back, broke in through the doggy door, and stole his Vicodin pills that he received after he had surgery.

“And then you’ll see her crouch down coming out of that door and kind of standing back up, and if you see closely you’ll see the cap of the pill bottles in her hand,” Gallagher claimed.

After watching the video, Gallagher called his friends to double check it was the same girl he went out with.

He was in totally shock, especially because he was home when this occurred.

His friends verified it was Carter and the police were notified.

Carter was then arrested and charged with burglary and later released.

A second date is completely out of the question.