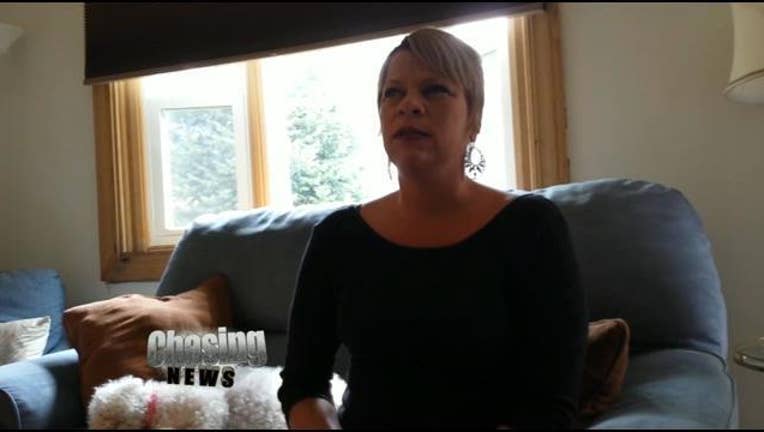 Hamilton, New Jersey (My9NJ) - Hamilton resident Megan Mycock started losing her sight 11 years ago. She lost her left eye and can barely see out of her right. She's been declared legally blind.

Mycock’s conditions have cost her ability to drive, a job she loved, and now some of her dignity.

At the Ivy Tavern, the bar owner saw her clenching onto someone else’s arm while walking into the bar and mistook her for being drunk, denying her service.

“The bar tender Deb came up to me and she said ‘This is awful because we all know you can’t see’, meaning the staff. Yeah, I’ve been in there about 3 times, I want to say in the last 2–3 months,” Mycock stated.

However, this isn’t where the loss of dignity ended.

Mycock added, “A patron that was talking back and forth with this gentleman, all I know is that I could just see that he was tall and thin, he was saying ‘Stevie Wonder’.”

After hearing that Mycock was blind from multiple people, the owner offered her a drink, but she didn’t take it—she left instead.

Chasing News wanted to take her back to the bar for an apology. The owner wasn’t there but his wife, Elaine Russo, was.

“I mean, whoever your significant other was, when you walked in the door, I mean you have to look at my end of business,” Russo stated.

Mycock chimed in, “I’m not upset with you, your husband was ignorant.”

Russo fired back, “When you walked in he said to me ‘Oh my god, look at this girl she can’t even walk.”
“Everybody at the bar was making comments about me, you know how uncomfortable I felt and I have to live this way every day, you don’t have to,” Mycock stated.

All in all, the conversation ended with an apology from Russo.

“And I’m so sorry you that had to go through this, because I mean you know, you try to get through life and be a positive thing, and I totally understand that you were embarrassed. I mean I don’t know what else I can say,” Russo said.