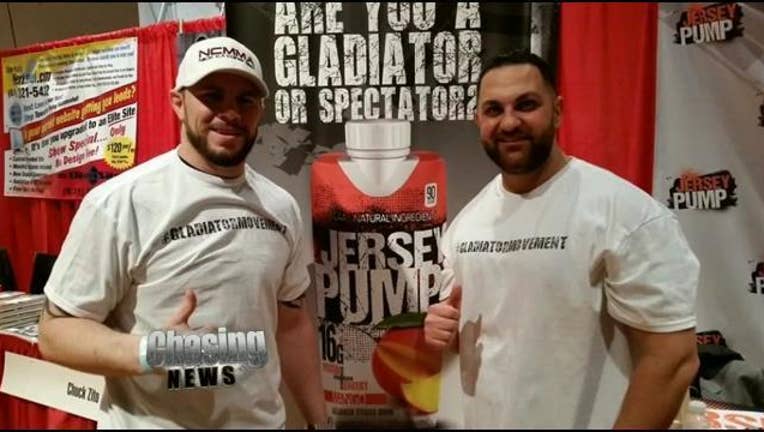 In 1993, Nohra, his mother, and brother were war refugees.  They fled Lebanon and came to the United States for a better life.

The three landed in the Garden State when Nohra was 16, and he had to learn a new language and a new culture.

“I felt like I came home. This is the first time I’ve experienced freedom,” Nohra stated.

Years later, he was in line purchasing both an energy drink and a protein drink.

He suddenly had an "aha" moment and realized the beverage industry was missing a product.

Nohra put in his two-week notice and got to work.

The balance fitness drink Jersey Pump was born and in 2012, it was launched.

It sounds like a happily ever scenario, but Mother Nature had something else in mind, cue Hurricane Sandy.

“On November 4, I got a phone call to tell me my product is in the ocean. Actually, they told me that a lot of sharks want a lot of protein in the ocean,” Nohra explained.

At this point, Nohra realized something about the American dream.

“The American Dream is ugly and brutally and violent as the country was founded on, so you have to tolerant the pain, you have to make some sacrifices, you have to struggle,” Nohra said.

Jersey Pump was relaunched in April, can be found in local Jersey gyms, and is the official drink of the New York Fight Exchange.

For anyone looking to start a business, Nohra has some advice.