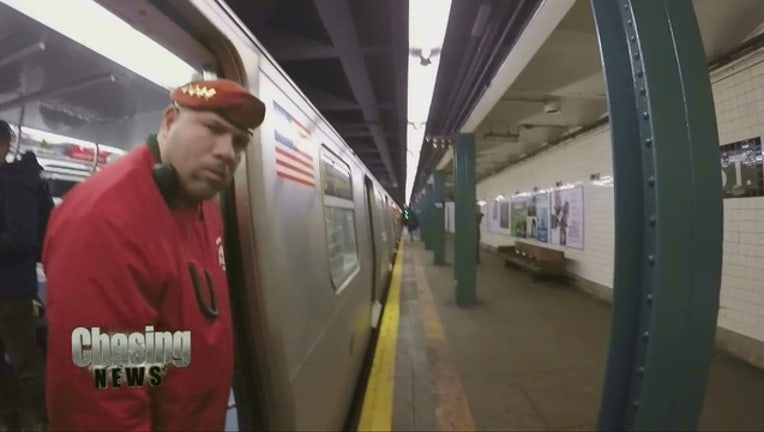 It's been 20 years since the Guardian Angels patrolled the NYC subways but after a rash of subway slashing attacks, they are resuming nightly patrols. Curtis Sliwa, the founder of the Guardian Angels, an unarmed violence prevention organization, said the "slashings have paralyzed the people with fear."

According to the NYPD there have been 12 slashings reported in New York City so far this year.