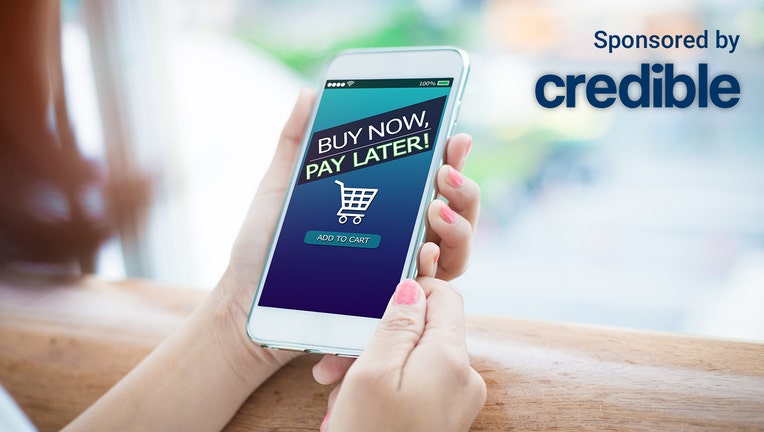 The Consumer Financial Protection Bureau (CFPB) said its concerned about the impact that Apple's entry into the buy now, pay later (BNPL) space could have on the competition and how the big tech operator will use consumer data. (istock)

Apple's plan to expand its fintech footprint into buy now, pay later (BNPL) with its Apple Pay Later product has the Consumer Financial Protection Bureau (CFPB) concerned over what impact big tech’s entrance will have on the space.

Regulators’ top concern is how Apple, and other big fintech companies that are looking to offer BNPL services, would use customer data, CFPB Director Rohit Chopra said in an interview with the Financial Times. The bureau is also looking at how Apple's BNPL play could reduce competition and innovation in the BNPL industry. He added that as large players like Apple entered the space, the U.S. tradition of instilling a barrier between banking and commerce was "becoming murkier and murkier."

Those concerns are also the crux of a report the bureau recently published.

"Big Tech's ambitions when it comes to buy now, pay later are inextricably linked to the desire to dominate the digital wallet," Chopra said in the interview. "Any tech giant that has a lot of control over a mobile operating system is going to have unique advantages to exploit data and ecommerce more broadly."

Apple announced its new service, Apple Pay Later, at its  2022 Worldwide Developers Conference. The service allows users to split the cost of their purchases into four interest-free installments anywhere Apply Pay is accepted. The new buy now, pay later (BNPL) option will be available in the wallet app when Apple releases iOS 16 in September. The company said the offering would require a "soft" credit check and a review of the user's transaction history with Apple.

Are you looking to fund a large purchase but don't want to use BNPL? A personal loan could be a good alternative. You can visit Credible to compare personal loan rates and lenders and find the option that works for you.

BNPL providers partner with retailers to allow shoppers the ability to split the cost of their online purchases into multiple installments at checkout. Part of the appeal is that the installment payments, which typically begin within a few weeks of the purchase, are interest free. However, missed payments can result in late fees and other penalties.

There's currently no existing federal-level regulatory framework specifically designed for the BNPL sector, which reached $120 billion globally in 2021, according to a report from GlobalData.

As interest in the financial product heats up, so have calls for more regulations. Last December, Chopra requested information on the industry practices and risks from Affirm, Afterpay, Klarna, PayPal and Zip, all of which are BNPL firms.

And in March, several state attorneys general sent a joint letter to Chopra, urging the CFPB to take a closer look at BNPL policies and practices.

"Innovative financial products promise to democratize the financial industry, but their shiny new packaging may conceal many of the same hallmarks of the predatory loans that have long driven consumers into a never-ending cycle of debt," California Attorney General Rob Bonta said. "The fact is: The Buy-Now-Pay-Later industry is largely unregulated, and we need the CFPB to take a close look at these financial products and take steps to stop vulnerable consumers from being taken advantage of."

If you need help paying for a large purchase and don't want to use BNPL, you could consider taking out a personal loan. Visit Credible to find your personalized interest rate without affecting your credit score.

Along with facing a potentially tougher regulatory environment, BNPL providers haven’t been immune to the recent economic challenges. In May, Klarna said it laid off 10% of its global workforce and, a few months later in July, its co-founder and CEO tweeted that the company had raised funding at a significantly lower valuation. Affirm, which went public last year, also saw its shares drop 75% year over year in June, according to Business Insider.

However, it seems that investors' sentiment over the BNPL space hasn’t dampened how consumers are using the product. A Morning Consult report from July said that the number of U.S. adults who used BNPL at least once in a month had not dropped below 16% in 2022. And since June 2021, the number of consumers who considered purchasing with Affirm and Afterpay rose 4 percentage points each, while Klarna has held steady at 11%. PayPal’s BNPL product has also maintained purchase consideration among approximately 18% of adults since its release in November 2021, the report said.

"Industry leaders should expect BNPL purchases to remain steady even as consumers' purchasing power and outlook on the economy deteriorate," Charlotte Principato, financial services analyst for Morning Consult, said in the report. "In addition to the current macroeconomic headwinds, there are significant tailwinds that will buoy the payment method through the summer and beyond, to a place of permanence in consumers' wallets."

If you have taken on too much BNPL debt, you could consider using a debt consolidation loan to help you pay it off. You can visit Credible to compare multiple personal loan lenders at once and choose the one with the best interest rate for you.