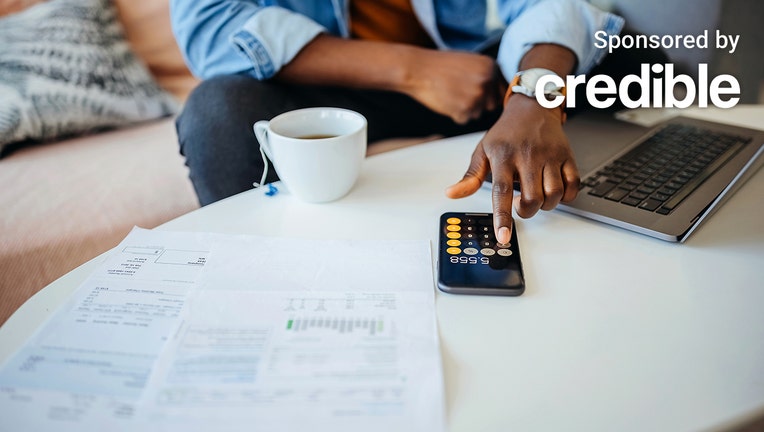 President Biden’s student loan debt forgiveness plan has faced a series of legal challenges, including a recent block by a federal appeals court.

The 8th U.S. Circuit Court of Appeals, based in St. Louis, issued an injunction on Nov. 14 extending a temporary block that was placed on the loan forgiveness plan in October.

The move was part of just one lawsuit against the plan. In total, six lawsuits have been filed against it, with two resulting in blocks.

More than 45 million borrowers in the U.S. have $1.6 trillion in federal student loan debt, the White House said. Since the student loan forgiveness application was released on Oct. 19, 26 million people have applied and 16 million have been approved for relief, according to White House press secretary Karine Jean-Pierre.

If Biden’s plan overcomes the legal hurdles, it would eliminate about $430 billion in outstanding student debt, Reuters reported.

But regardless of what happens with the legal challenges, borrowers with private student loans won’t benefit from Biden’s student loan forgiveness plan.

If you have private student loans and want to lower your monthly payment, you could consider refinancing to a lower interest rate. Visit Credible to compare different student loan lenders without affecting your credit score.

A timeline of events

In light of the recent injunction, here’s a timeline of the legal challenges to Biden’s student loan forgiveness plan.

After the federal appeals court extended a block on the student loan forgiveness plan, the Justice Department asked the Supreme Court to reverse the decision.

The Justice Department also suggested that the high court could hear the dispute itself, bypassing the appeals court, Reuters reported.

The St. Louis-based 8th U.S. Circuit Court of Appeals issued an injunction on Nov. 14, extending a block that prevented the Department of Education from eliminating student loan debt based on Biden’s plan for relief.

The move was part of a lawsuit filed by six states – Nebraska, Missouri, Arkansas, Iowa, Kansas and South Carolina – claiming that their future tax revenue is threatened by the loan relief plan.

"We are confident in our legal authority for the student debt relief program and believe it is necessary to help borrowers most in need as they recover from the pandemic," White House press secretary Karine Jean-Pierre said in a statement to Reuters.

"The Administration will continue to fight these baseless lawsuits by Republican officials and special interests and will never stop fighting to support working and middle class Americans," Jean-Pierre added.

The Department of Education stopped accepting student loan forgiveness applications on Nov. 11, the day after a federal judge in Texas blocked the plan.

"Courts have issued orders blocking our student debt relief program," the message on StudentAid.gov said. "As a result, at this time, we are not accepting applications. We are seeking to overturn those orders."

The move was part of a lawsuit filed by two college graduates – Myra Brown and Alexander Taylor – who were ineligible for Biden’s loan forgiveness plan. The pair argued that the relief plan "did not follow proper rulemaking processes and was unlawful," Reuters reported.

That evening, the Biden administration filed an appeal.

"We are disappointed in the decision of the Texas court to block loan relief moving forward," Secretary of Education Miguel Cardona said in a statement. "Amidst efforts to block our debt relief program, we are not standing down. The Department of Justice has appealed today’s decision on our behalf, and we will continue to keep borrowers informed about our efforts to deliver targeted relief."

If you have private student loans, you won’t qualify for Biden’s student debt forgiveness plan. However, you can potentially lower your monthly payment by refinancing. You can visit Credible to compare multiple student loan lenders at once and find the interest rate that works best for you.

Nov. 7 - Group files to have its appeal dismissed

On Nov. 7, a Wisconsin taxpayer group called the Brown County Taxpayers Association filed a motion for voluntary dismissal of its own appeal after a district court judge dismissed its lawsuit, according to Higher Ed Dive.

The association’s lawsuit claimed that Biden’s student loan forgiveness plan violates the Constitution and would raise taxes for its members.

The borrowers – represented by the Pacific Legal Foundation – had sued Biden, arguing that if their student loans were automatically forgiven, they would be "irreparably harmed" because their taxes would increase, according to Reuters.

The 7th U.S. Circuit Court of Appeals, based in Chicago, declined to block Biden’s debt forgiveness plan on Oct. 28, following an emergency request by the two Indiana borrowers, according to Reuters.

Borrowers with private student loans will not be able to benefit from Biden’s student debt forgiveness plan. But they may be able to lower their monthly payments by refinancing. You can visit Credible to see if refinancing is right for you.

The 8th Circuit Court of Appeals in St. Louis gave an emergency order temporarily blocking the forgiveness plan after the six states who sued Biden appealed a decision by a district judge.

Despite the temporary block, the Education Department encouraged borrowers to continue to apply for loan forgiveness.

The Cato Institute sued the Department of Education on Oct. 18, arguing that the student loan forgiveness plan is unconstitutional and would undermine the Public Service Loan Forgiveness (PSLF) program, which allows nonprofits like the Cato Institute to attract workers, Higher Ed Dive reported.

The Brown County Taxpayers Association’s emergency motion for an injunction was denied by the Chicago-based 7th U.S. Circuit Court of Appeals on Oct. 12, after the group filed the motion on Oct. 11.

Myra Brown and Alexander Taylor filed their lawsuit against the Department of Education, claiming the process for creating the student loan forgiveness plan was unlawful.

The Brown County Taxpayers Association filed a lawsuit against Biden for his student loan debt relief plan in the U.S. District Court for the Eastern District of Wisconsin.

Arizona’s Attorney General Mark Brnovish filed a lawsuit against Biden on Sept. 30 claiming the student loan forgiveness plan would harm Arizona by making it harder for the state to recruit workers because the PSLF program would be undermined by the plan.

The president's forgiveness plan doesn’t apply to private student loan borrowers. However, these borrowers may be able to lower their monthly payments by refinancing. Credible's student loan refinancing calculator can help you get an idea of different repayment options.