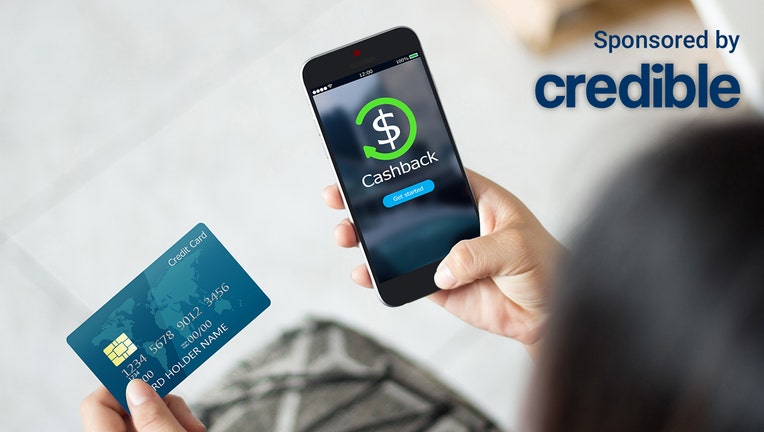 Credit card rewards are one way that consumers are offsetting the higher cost of living, a Wells Fargo study said. (iStock)

Americans are leaning into credit card rewards to help offset the rising costs of everyday purchases amid inflation concerns, according to a Wells Fargo study.

The study surveyed over 2,000 adults in the U.S. and said that 92% of Americans are worried about rising inflation and nearly half of rewards cardholders have used these earned benefits to help offset the price of some everyday expenses.

"The survey data underscores the significance of rising inflation and supply chain issues, and how American consumers have been affected in so many ways," Krista Phillips, EVP and head of branded cards and marketing for Wells Fargo credit cards, said.

If you're working on paying down your credit cards, a personal loan could help you consolidate your debt at a lower interest rate and reduce your monthly payments. Visit Credible to find your personalized interest rate without affecting your credit score.

MANY AMERICANS EXPECT TO USE CREDIT CARD REWARDS TO TRAVEL IN 2022: SURVEY

The Wells Fargo study said that rising inflation is a concern for nearly all credit card users who participated in the study.

The Bureau of Labor Statistics (BLS) recently reported that inflation hit 8.5% annually in July, down from 9.1% the month before. While the improvement was slight, food prices were up 10.92% annually, and the price of shelter (rental and purchases) was up 5.7% annually.

"When it comes to credit card spending over the past couple of years, we have seen categories shift on where people are spending their money and right now our top categories are grocery and gas," Phillips said.

Credit card debt jumped by $46 billion, or 13%, by the end of the second quarter of 2022, the biggest percentage increase in more than 20 years, according to the Federal Reserve Bank of New York. In addition to credit card balances, Americans also opened 233 million new credit card accounts during the second quarter, the most since 2008.

A new bill that would impact how retailers are charged merchant fees could also potentially impact how credit cards offer rewards. The Credit Card Competition Act of 2022, sponsored by Sens. Roger Marshall, R-Kan. and Richard Durbin, D-Ill., would require that two competing networks be enabled on a credit card. It would no longer just be Visa or Mastercard — there would have to be a smaller, competing network enabled on the card.

The bill aims to reduce the interchange fees for credit cards by increasing competition within the industry and would essentially remove the key funding mechanism of rewards, according to Robert Triest, chair and professor of economics at Northeastern University. If the legislation passes, he said the Federal Reserve will issue regulations within one year.

Triest said in an article posted on Northeastern University's website that the proposed new rules would lead to lower costs and a more equitable system that will especially help consumers who don’t qualify for credit cards.

"I like to pay for everything with a credit card that gives me a cash-back bonus," Triest said. "The bank charges merchants a hefty interchange fee for processing each transaction, and then the bank kicks back a chunk of that to me in the form of rewards. So I get back a fair amount of money because I use my credit card for everything. And the bank keeps some of the fee revenue as added profit.

"But somebody who doesn’t have a credit card — somebody who’s using cash instead — is contributing to those credit card rewards because they’re paying the higher prices that result from the interchange fees," he continued. "They don’t benefit from the rewards that I get."

Americans for Tax Reform, a politically conservative U.S. advocacy group, said it opposes the legislation. In a statement on its website, the advocacy group argued that the cost of requiring multiple dual-message networks to function over one card is so costly that more than $60 billion in rewards that consumers receive every year would largely disappear.

If you are struggling amid rising inflation, you could consider taking out a personal loan to help pay down high-interest debt at a lower rate, saving you money each month. Visit Credible to find your personalized interest rate without affecting your credit score.

Have a finance-related question, but don't know who to ask? Email The Credible Money Expert at moneyexpert@credible.com  and your question might be answered by Credible in our Money Expert column.