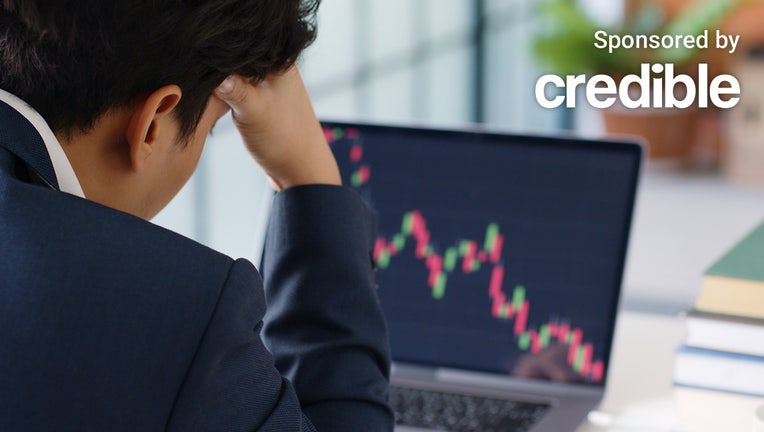 The economy could fall into a recession sooner than economists expected, according to the latest Fannie Mae report. (iStock)

Fannie Mae reduced its economic growth expectations for 2022 and 2023 amid record inflation and higher interest rates, according to the company’s latest forecast.

In the first quarter of 2022, real GDP decreased by 1.6% annually, according to the Bureau of Economic Analysis (BEA).

The ESR Group also predicted that a recession will begin in the first quarter of next year, earlier than it had previously forecasted. This is due to the aggressive monetary action the Federal Reserve has taken in order to bring down inflation levels.

"Consumer confidence measures increasingly indicate dissatisfaction with current levels of inflation, offering support to the Fed’s aggressive posture," Doug Duncan, Fannie Mae's senior vice president and chief economist, said. "We continue to believe that it’s unlikely the economy will avoid a modest recession, but given recently released consumer spending and business investment data, we currently anticipate that it’ll begin in the first quarter of 2023, slightly earlier than we previously predicted."

If you are struggling financially amid today’s economy, you could consider paying down debt with a personal loan to lower your interest rate and monthly payment. Visit Credible to find your personalized interest rate without affecting your credit score.

Inflation could slow in years ahead

Although inflation is currently at a 40-year high, Fannie Mae said it could slow in the coming months.

The rate of inflation could moderate to 5.7% annually by the fourth quarter of 2022, according to the ESR Group. This would be down significantly from its current level — the Consumer Price Index (CPI) rose 9.1% annually in June, its highest point since November 1981. Fannie Mae projected that inflation will drop to 1.6% by the end of 2023, which is below the Fed’s target of 2%.

The ESR Group predicted that key components in determining the rate of inflation, like the cost of shelter, will see price growth slow in the year ahead. It also forecasted a strong deceleration in home price growth going forward as mortgage rates and the economy overall weigh on purchase demand.

If you are struggling with rising inflation, you could consider using a personal loan to pay down high-interest debt and reduce your monthly payments. Visit Credible to compare multiple lenders at once and choose the one with the best interest rate for you.

The Federal Reserve raised interest rates for the fourth time this year at the conclusion of its July meeting with a 75-basis point rate hike. In the months ahead, the Fed is likely to continue raising interest rates as it combats high levels of inflation. In June, the Fed also raised rates by 75 basis points, the highest increase since 1994.

"The economy slowed significantly, though unevenly, in the first half of 2022 on the expectation that the Fed will aggressively raise interest rates," Duncan said. "With inflation running well above the target rate, the market’s expectation that further, substantial monetary tightening is needed has driven interest rates even higher, and interest rate-sensitive sectors, including housing, are slowing in response."

If you want to take advantage of interest rates before they increase further, you could consider taking out a personal loan to help pay down high-interest debt. To see if this is the right option for you, contact Credible to speak to a loan expert and get all of your questions answered.