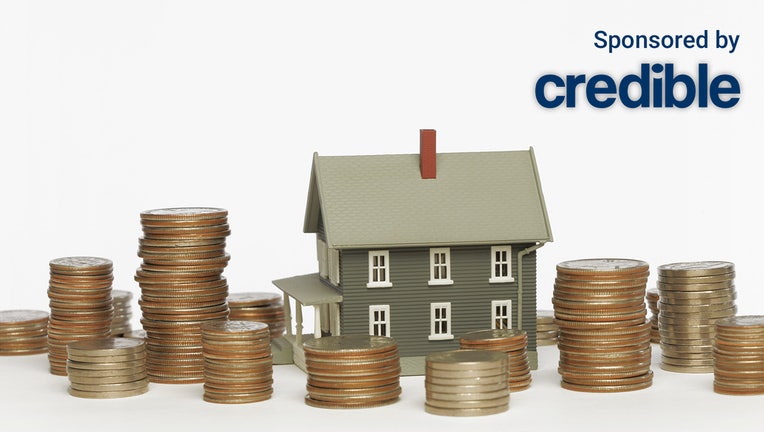 Home prices continued to surge but at a slightly decelerated rate in April, according to the latest Case-Shiller report. (iStock)

Home prices surged 20.4% year-over-year in April, down from March's annual gain of 20.6%, according to the Case-Shiller report. On a monthly basis, the national index for home prices increased by 2.1% in April.

"April 2022 showed initial (although inconsistent) signs of a deceleration in the growth rate of U.S. home prices," Craig Lazzara, S&P Dow Jones Indices' managing director, said. "Despite the deceleration of the National Composite and the modest acceleration for the 10- and 20-City Composites, these growth rates are extremely strong by historical standards – at or above the 99th percentile in all three cases."

If you want to take advantage of rising home prices, you could consider taking cash out of your home through a cash-out refinance. You can visit Credible to find your personalized mortgage rate without affecting your credit score.

DESKTOP APPRAISALS USHER IN NEW ERA FOR MORTGAGES, SPEEDING UP & SIMPLIFYING THE PROCESS

Among the top 20 largest cities, Tampa saw the highest level of home price gains, increasing by 35.8% annually in April. This was followed by a 33.3% increase in Miami and a 31.3% increase in Phoenix.

"In contrast with the past five months, when prices in most cities accelerated, in April only nine cities saw prices rise faster than they had done in March," Lazzara said. "There’s a regional pattern among the nine, as all five cities in our South composite (Atlanta, Charlotte, Dallas, Miami, and Tampa) are represented there."

If home prices are surging in your area and you want to take advantage of your home’s higher value, you could consider a cash-out refinance. Visit Credible to compare multiple mortgage lenders at once and choose the one with the best interest rate for you.

FHFA TO PERMANENTLY ALLOW DESKTOP APPRAISALS: HOW CAN IT MAKE THE MORTGAGE PROCESS EASIER?

Experts said that despite the high levels of home price gains, housing market conditions such as rising mortgage rates will not be able to sustain this growth for much longer.

"The slowing of monthly gains, which were up 2.1%, also suggest further deceleration ahead," CoreLogic Economist Selma Hepp said. "Signs of a tipping point toward a greater balance between buyers and sellers are increasing, albeit only compared to some of the most competitive conditions since the early 2000s.

"In particular, there is a buildup in overall active inventory as fewer buyers are rushing to make offers, resulting in an increase in the share of homes that have reduced their prices from the original list price," Hepp said. "Also, there is a notable deceleration of monthly gains in the Western markets where a rush to lock in favorable mortgage rates pushed home price growth higher in prior months."

"We noted last month that mortgage financing has become more expensive as the Federal Reserve ratchets up interest rates, a process that had only just begun when April data were gathered," Lazzara said. "A more challenging macroeconomic environment may not support extraordinary home price growth for much longer."

If you are interested in tapping your home equity, you could consider taking out a cash-out refinance. To see if this is the right option for you, contact Credible to speak to a home loan expert and get all of your questions answered.