Teen dead after crash in stolen Maserati in St. Petersburg

ST. PETERSBURG, Fla. - Three teens found an easy vehicle to steal when they discovered an unlocked Maserati with the keys inside in a driveway in northeast Pinellas County early Sunday morning, according to the Pinellas County Sheriff's Office.

One of the teens ended up dying after crashing the car, and another may not survive, Pinellas County Sheriff Bob Gualtieri said during a press conference near the scene of the crash. 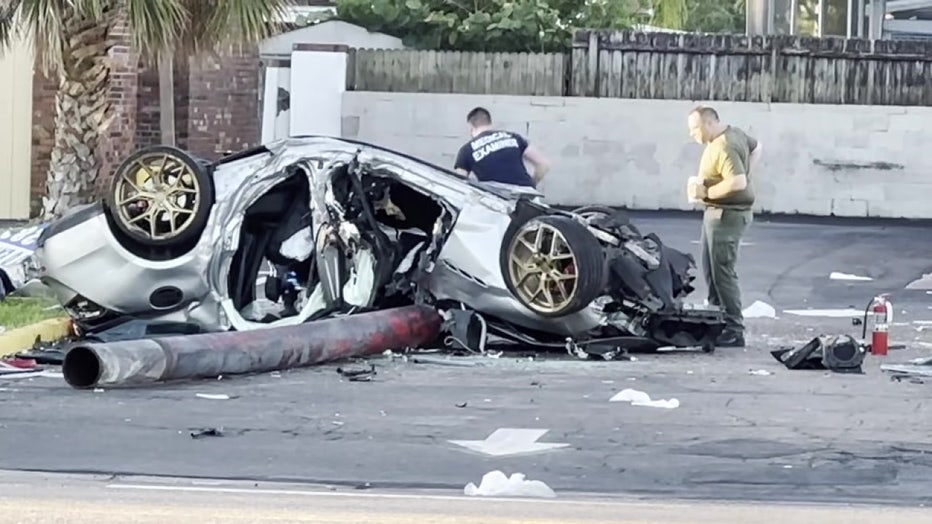 Three boys, 15-year-old Keondrick Lang, Mario Bonilla, 15, and Malachi Daniels, 16, were checking door handles for unlocked cars in the neighborhood of 29th Street N and 58th Avenue N. Sheriff Gualtieri said Lang was trying not to put his fingerprints on the cars, so he used his shirt to pull door handles.

When the Maserati door opened, Lang saw that the keys were inside, and they jumped in.

Meanwhile, deputies in a helicopter above spotted the teens as they were getting into the car. The chopper had been sent to the scene of another crime – a burglary – and deputies were taking a suspect into custody.

A crash involving three boys and a stolen vehicle has left one person dead, according to the Pinellas County Sheriff's Office.

Other deputies on the ground were alerted to the possible vehicle-theft-in-progress and tried to get near the vehicle to stop the teens before they got away, but the Maserati took off. Lang was driving. Bonilla was in the front passenger seat and Daniels was in the back.

The Pinellas County Sheriff's Office has a policy to not engage in chases on the roadway, but once the teens saw there were deputies in the area, they took off as if they were being chased, according to the sheriff.

The helicopter tracked their movements from above, until the crash.

Three teens stole the vehicle, which was left unlocked with the keys inside. One of the teens died and another may not survive.

The Maserati collided with the side of a 2-business building along 62nd Ave. N, across from the Winn-Dixie. The car flipped over in the parking lot.

Bonilla died in the crash. The sheriff said Daniels may not survive. Lang was hospitalized and is expected to survive. 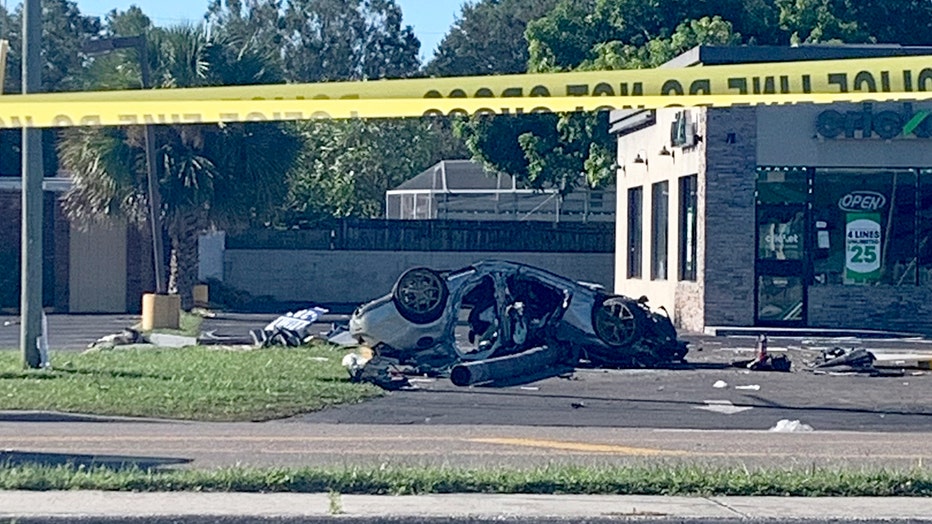 Maserati stolen by teens, after owner left car unlocked with keys inside

The Maserati was a total loss.

The sheriff said the teens do not have much of a criminal history. However, the three teens had been stopped together by deputies in Kenneth City, walking through a neighborhood early in the morning. At that time, their parents were called and the teens were returned home.

The sheriff said the parents of the teens were distraught about the crash. Their parents had tried to correct the teens' behavior. One of the boys had recently been moved to a different school.

Gualtieri said the car owner had been notified of the crash.