Lottery players across 45 states, Washington, D.C. and the Virgin Islands are hoping to hit Friday’s $1.1 billion Mega Millions jackpot but more money has resulted in more problems for these ten lottery jackpot winners.

Andrew "Jack" Whittaker Jr. became an instant celebrity after winning a record $315 million Powerball jackpot on Christmas night in 2002 and even flew off in a private jet with his family to appear on New York City morning television shows after hitting the jackpot.

Whittaker’s life quickly took a tumultuous turn as he began struggling with drinking and gambling, his wife left him, several family members tragically died, he was twice charged with driving under the influence and also with assault by three female casino employees.

Whittaker, who was already a wealthy businessman when he won the lottery, was also robbed multiple times with thieves stealing over $100,000 from him on separate occasions and he was believed to be broke in the years leading up to his death. 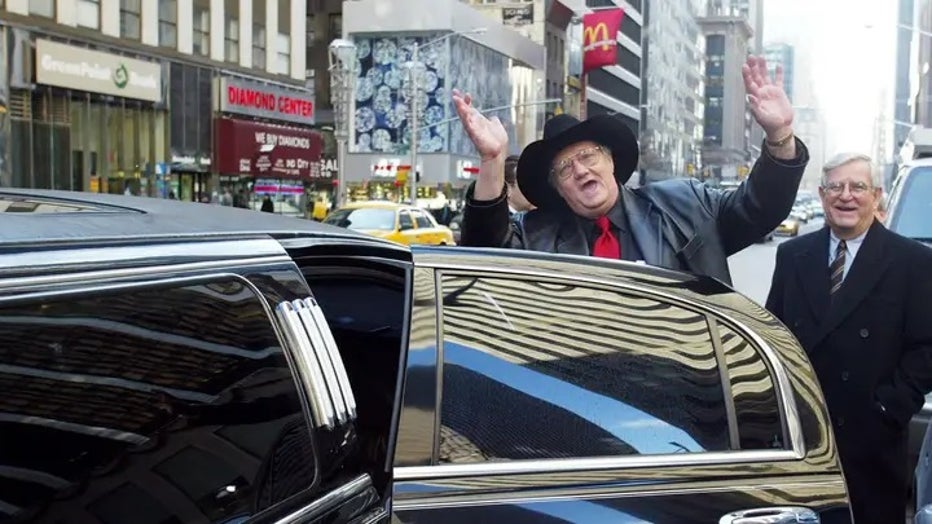 Andrew Jackson aka Jack Whittaker waves as he gets into his rented limousine at Sixth Ave. and 48th St. during a visit to New York City after winning the $314.9 million Powerball jackpot on Christmas day. (Photo By: Michael Appleton/NY Daily News via

"I wish I’d torn that ticket up," a sobbing Whittaker told reporters after the death of his daughter.

David Lee Edwards, a convicted felon from Kentucky, won a $27 million share of a record $280 million jackpot in 2001 and quickly started a spending spree that included a mansion, dozens of luxury cars, and a private jet with a personal pilot.

Five years later, the money was gone and Edwards was living with his wife in a storage unit contaminated with human feces. Edwards's wife ended up leaving him and he died penniless in hospice care in 2013 at the age of 58.

Michael Todd Hill, 52, won $10 million dollars on an Ultimate Millions scratch-off ticket at a North Carolina convenience store in 2007. In 2020, 13 years later, Hill was charged with murder and told the court he was indigent and unable to pay for a lawyer. He was sentenced to life in prison for the murder of 23–year-old Keonna Graham.

Urooj Khan owned a successful small business in Chicago when he struck it big with a $1 million scratch off prize in June 2012. One month later, Khan was dead from cyanide poisoning. The case was investigated as a homicide but no one was ever charged and Khan’s winnings were split between his widow and his daughter.

Florida man Abraham Shakespeare was illiterate and regularly unemployed when he won a $17 million jackpot in 2006. By 2009, Shakespeare had squandered most of his money and was convinced by a friend to wire her a $1.3 million ownership stake in his home.

MEGA MILLIONS LOTTERY DRAWING: IF YOU WIN, HERE'S HOW TO STAY SAFE AND SECURE

That same friend, Dorice Moore, shot and killed Shakespeare in his own backyard shortly after and was convicted of murder in 2012 earning her a sentence of life in prison.

Mack W. Metcalf and his estranged wife Virginia G. Merida shared a $34 million jackpot in 2000 and quickly got to work spending the fortune on drugs, a mansion, and exotic pets. Three years later, the couple was dead after Metcalf died from complications of alcoholism and Merida from a suspected drug overdose.

"If he hadn’t won, he would have worked like regular people and maybe had 20 years left," Marilyn Collins, Metcalf’s first wife, told the New York Times in 2005. "But when you put that kind of money in the hands of somebody with problems, it just helps them kill themselves."

Janite Lee, a South Korean immigrant, was working at an Illinois wig shop when she hit an $18 million jackpot in 1993. 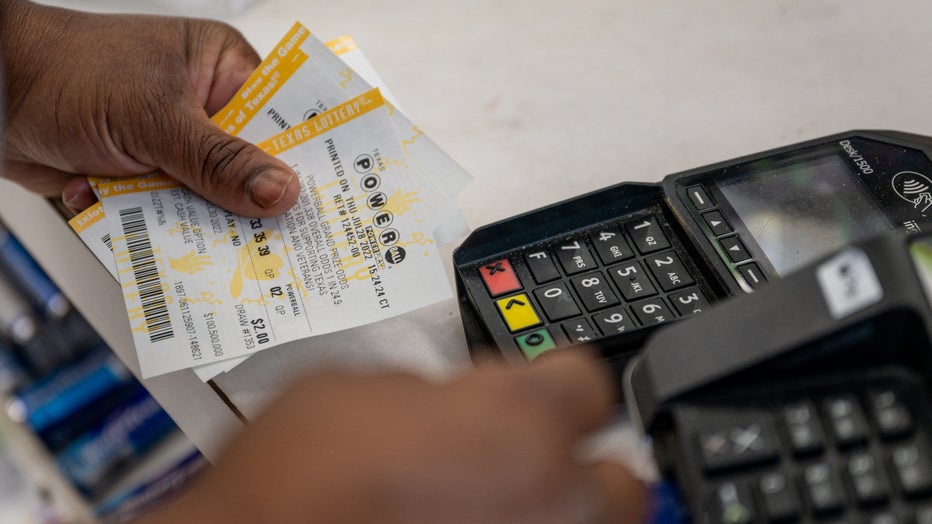 A person pays for a Mega Millions lottery ticket on July 28, 2022 in Houston City. (Photo by Brandon Bell/Getty Images)

Eight years later, Lee had filed for bankruptcy and had less than $700 in her bank account while facing $2.5 million in debt.

Over the next few years, the Toths went through various family squabbles and were charged with filing fraudulent income tax returns by the IRS which ultimately led to bankruptcy filings in 2001 and 2002.

Rhoda Toth was quoted as saying that the money has "torn us apart" and caused the loss of friends and family members.

"Sometimes I wish we could give it back," she said.

Alex Toth died broke and facing federal charges in 2008 at the age of 60.

Evelyn Adams made lottery history when she won two multi-million dollar prizes in New Jersey in the mid-80s for a total of $5.4 million. Over the next few years, Adams began gambling, giving gifts to family members, and losing money in failed investments.

By 2012, Adams had spent all of her winnings and was living in a trailer.

"Winning the lottery isn't always what it's cracked up to be," Adams said.

William "Bud" Post was broke in 1988 when he won $16.2 million in the Pennsylvania lottery and began a spending spree that included houses, boats, and a plane he wasn’t licensed to fly. 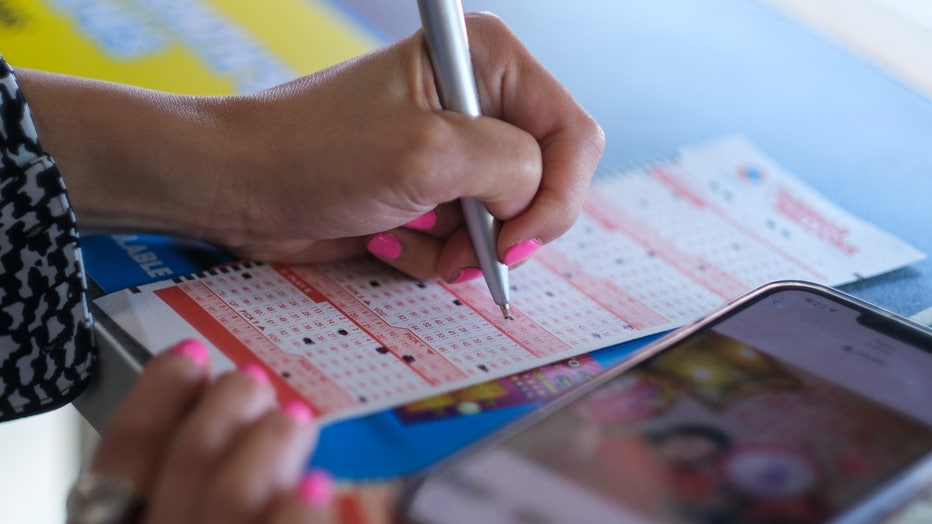 A woman checks off the numbers chosen for her Mega Millions lottery tickets at a 7-Eleven convenience store in Chino Hills, California on July 28, 2022. (Photo by RINGO CHIU/AFP via Getty Images)

One year later, Post was not only broke again but also $1 million in debt. In addition, Post’s brother was arrested for hiring a hitman to kill him.

Post ended up filing for bankruptcy, served time in jail for firing a gun at a bill collector, and was tricked by his landlady into forking over a third of his cash.

"Everybody dreams of winning money, but nobody realizes the nightmares that come out of the woodwork, or the problems," Post told the Washington Post in 1993.

Post was living off his disability payments when he died in 2006 at the age of 66 leaving behind his seventh wife and nine children.

Americans have a 1 in 302,575,350 of winning the billion dollar Mega Millions prize but should be cautious of the fact that nearly 70% of lottery jackpot winners burn through their winnings within 7 years, although the vast majority haven’t won a pot as big as Friday night’s, the third largest in history.