San Jose police said they arrested six suspects for their alleged connection to an underground bunker at an encampment of people who are homeless which contained guns and $100,000 in stolen property.

SAN JOSE, Calif. - San Jose police arrested six people who are allegedly involved in a commercial burglary and recovered $100,000 worth of stolen items in an underground bunker, police said.

Among the stolen goods were a lot of power tools, three hunting shotguns, and three pickup trucks, police said.

Patrolling officers doing a follow-up arrested the suspects later that day after finding them around the truck that was stolen during the burglary, police said.

This arrest led the police to investigate a homeless encampment near Coyote Creek and Wool Creek Dr. on Tuesday where they discovered an underground bunker filled with stolen goods, officials said. All of the items were returned to the owner. 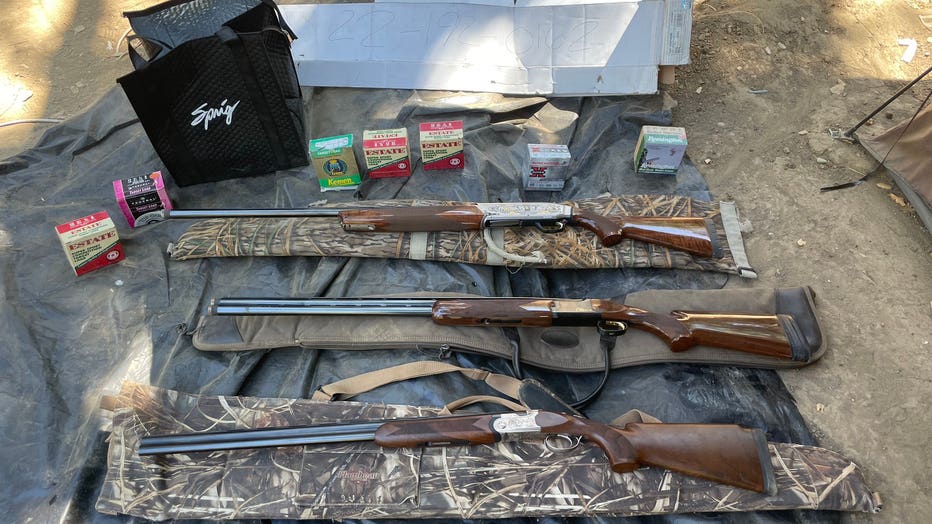 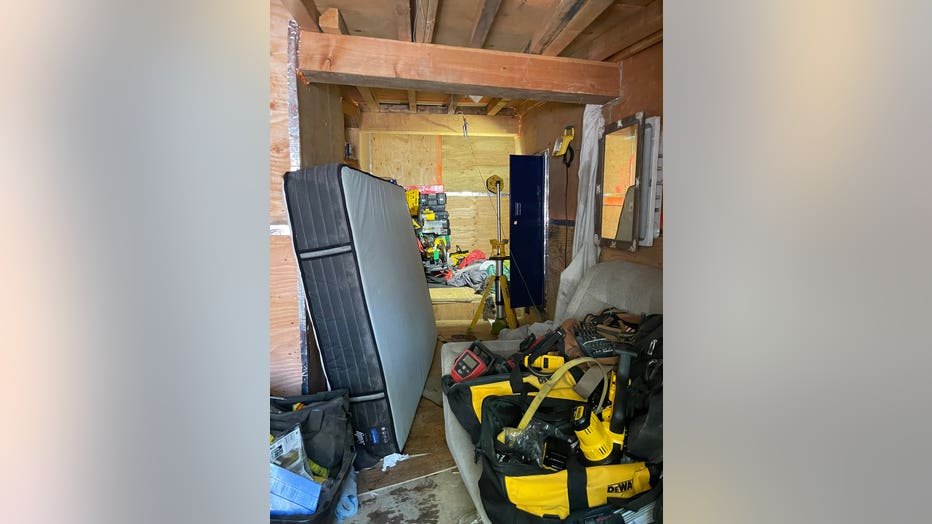 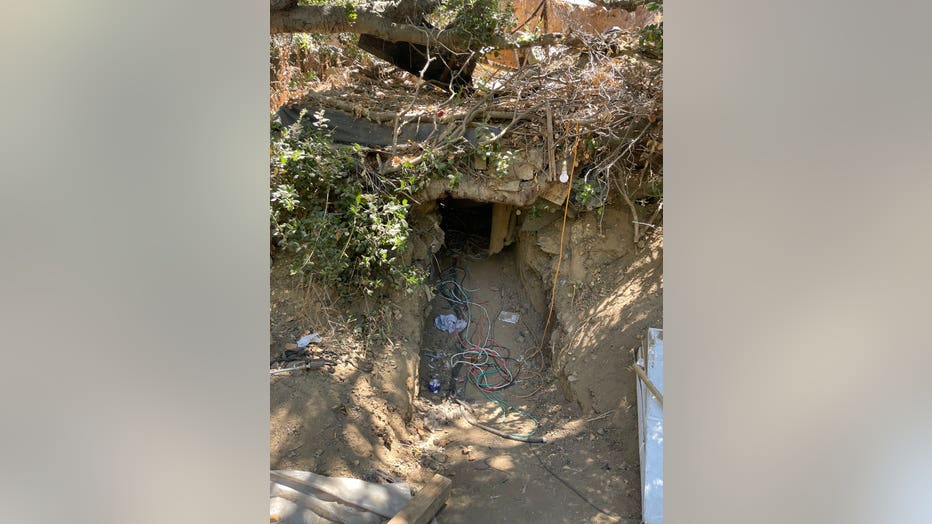 The arrest of the alleged burglars led to an investigation in the homeless encampment near Coyote Creek and Wool Creek Dr. where the police discovered an underground bunker. (Photo credits: San Jose police twitter)