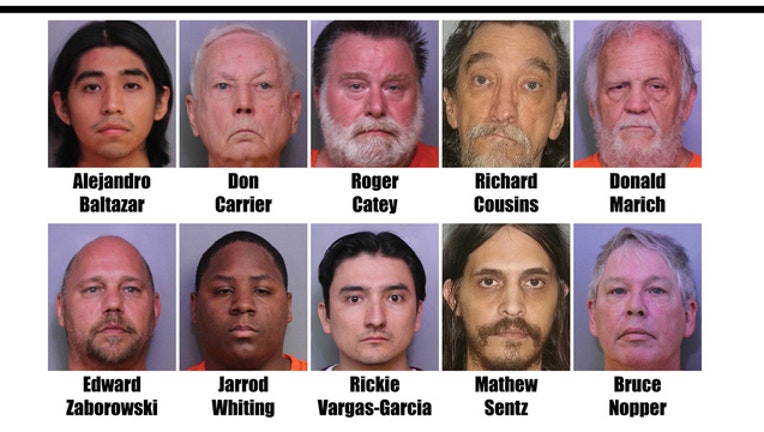 In May, the Polk County Sheriff’s Office conducted an investigation they called “Operation Guardians of Innocence II,” which focused on arresting people involved in possession, promotion and distribution of child pornography. They said 660 felony charges were filed, with more pending. The ages of those arrested ranged from as young as 16 years old to 84 years old.

“In all likelihood we will be adding on more charges related to the felony possession and distribution of images and videos of children being sexually battered,” Polk County Sheriff Grady Judd said in a statement. “Most of the images we saw during this investigation depicted children being sexually battered, that we have seen before - which means we haven't yet identified any local child victims, but as always, that is also a part of our investigation."

The operation led to the following arrests, according to PCSO:

30-year-old Rickie Vargas-Garcia of Davenport: Vargas-Garcia admitted he downloaded the disturbing material, but also solicits underage females online to send him nude photos and videos of themselves, detectives said. He told detectives he is a Lego builder for Merlin Entertainment.

53-year-old Roger Catey of Davenport: Detectives said Catey told them he worked as a project manager in the costumes department for Walt Disney World.

Sheriff Judd is expected to provide additional details during a 1:30 p.m. press conference on Tuesday.