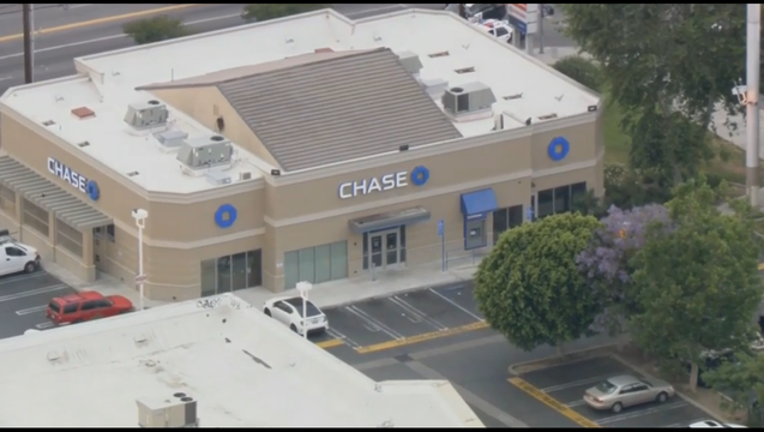 VAN NUYS, Calif. (FOX 11 / CNS) - Two women spotted in a reported stolen vehicle Monday were arrested after they went into a bank in Van Nuys and had a standoff with police.

The vehicle, which had been reported stolen last week, was equipped with LoJack or similar vehicle theft recovery technology and was spotted by a police air unit about 6 p.m. in the parking lot of a Chase bank branch at the intersection of Sepulveda and Victory boulevards, according to Officer Mike Lopez of the LAPD's Media Relations Section.

An air unit officer saw the suspects enter the bank and directed other officers to the location, Lopez said.

Because the suspect in the car theft had been armed, police evacuated the bank and went in with guns drawn before arresting the two women, Lopez said.

Investigators determined the women were not involved in the actual theft of the vehicle, but they were nonetheless arrested on suspicion of driving a stolen vehicle, Lopez said.

Their names were not immediately released.