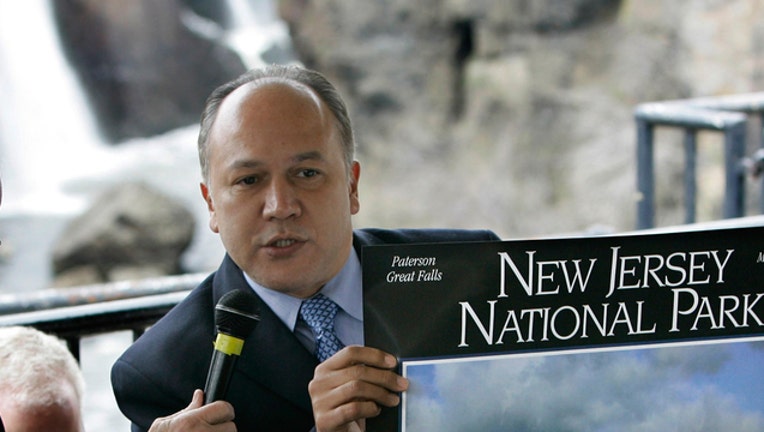 Torres directed three supervisors in the public works department and other municipal employees to perform work at a warehouse leased by his daughter and nephew, according to investigators.

The mayor and the supervisors were charged with theft, misconduct, tampering with public records and other offenses, Attorney General Christopher Porrino said.

"This is a case of old-school public corruption and abuse of power," Porrino said. "We have zero tolerance for this type of abuse of public office in New Jersey."

Standing on the steps of city hall later Tuesday, Torres' executive assistant read a statement as he stood next to her. In the statement, Torres said he would "vigorously defend myself" against the charges and said he is confident he will be "vindicated when the full story is told."

"I am extremely disappointed and surprised that the attorney general has elected to pursue this case and file these charges against me today," the statement said, noting that Torres and his attorneys were "addressing certain issues" with that office when "we were notified at the last possible moment that the state would be unsealing an indictment today."

Torres later left city hall without speaking to reporters, driving through a stop sign in his SUV .

The indictment alleges Torres directed the supervisors to work at the warehouse leased by Quality Beer, a company formed by Torres' daughter and nephew. The work included renovation, painting, carpentry and electrical work, officials said.

Torres' daughter and nephew intended to use the warehouse as a wholesale liquor distribution facility, Porrino said, but they terminated the lease after failing to obtain the necessary permits and license from the state.

Mania had false time-keeping records submitted to the city, including overtime verification forms and bi-weekly timesheets that falsely stated he and other employees were working on legitimate city projects, Porrino said.

Torres, the first Hispanic mayor of Paterson, won his first term in 2002 as a Democrat and was re-elected in 2006. He lost another re-election bid in 2010 but won the office again in 2014, running as an independent.

Torres previously has said no city workers had ever done private jobs for him, but he has repeatedly declined to comment about the allegations at length. NBC New York videos have appeared to show city employees doing such work for Torres, from washing his scooter and building bookshelves to doing construction at his nephew's would-be business.

The indictment does not prevent Torres from continuing to serve as Paterson's mayor while the charges are pending, and city officials say they don't expect him to resign.

Torres' predecessor, Martin Barnes, was indicted in 2002 while in office. He fought the indictment and unsuccessfully sought re-election that year, losing to Torres. Barnes later pleaded guilty and served more than two years in federal prison.