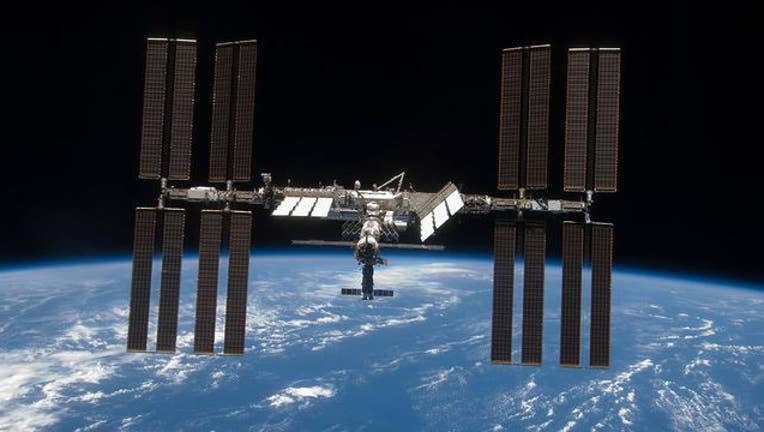 Russia's Gennady Padalka, Andreas Mogensen of the European Space Agency and Aidyn Aimbetov of Kazakhstan landed on the steppe just two minutes before sunrise and were feeling fine. Their Soyuz TMA-16M capsule touched down on schedule at 0651 local time (0051 GMT) Saturday, 146 kilometers (90 miles) southeast of Dzhezkazgan, in what a NASA commentator called a "bull's-eye landing."

Padalka has completed his fifth mission for a world record of 879 total days in space, more than two months longer than the previous record holder, Russian cosmonaut Sergei Krikalev.

Padalka spent 168 days on this most recent stint, while Mogensen, from Denmark, and Aimbetov each spent 10 days in orbit. Both Mogensen and Aimbetov were the first astronauts from their countries to fly into space.

Helicopters and off-road vehicles rushed to the landing area as the capsule, charred by a fiery plunge through the Earth's atmosphere, descended under an orange-and-white parachute. Rescue personnel quickly extracted the smiling crew from the capsule's hatch and put them in reclining chairs as medics checked their condition.