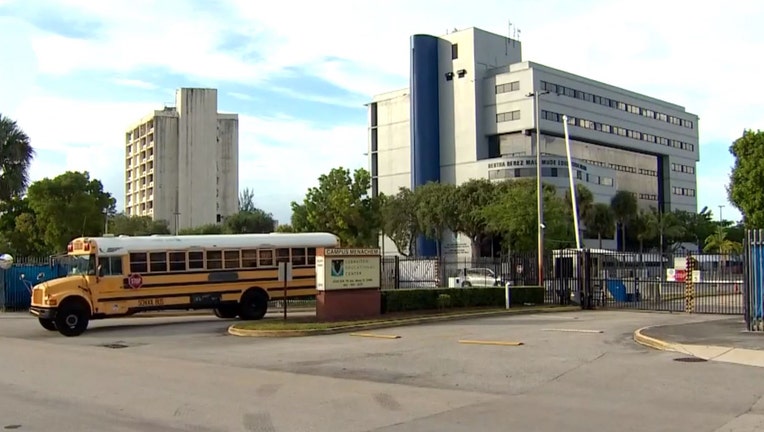 MIAMI GARDENS, Fla. - A 3-year-old boy died after being left in a car outside a South Florida preschool where both his parents are staff members, police said.

The child was one of several children from the same family who attend Lubavitch Educational Center in Miami Gardens.

According to WSVN, the father didn't realize he had accidentally left the toddler behind in the car until around 3 p.m.

The father rushed out to his car after someone at the school mentioned that they hadn't seen his young son all day, the Miami Herald reported.

Temperatures outside were in the mid-90s Fahrenheit. With outside temperatures at 90 degrees, temperatures inside a car with its windows rolled up can reach upwards of 130 degrees in just an hour, the National Highway Traffic Safety Administration says.

The unresponsive child was taken to a hospital, where he was pronounced dead. The boy’s father was being interviewed by police late Monday, the Herald reported.

"This tragedy hits close to home, and many in our school community have been affected by it. No words can capture the heartbreak and sadness we feel," Rabbi Benzion Korf, the center’s dean, said in a short statement issued late Monday.

Korf said a therapist and grief counselor would be available for staff and students at the center on Tuesday.