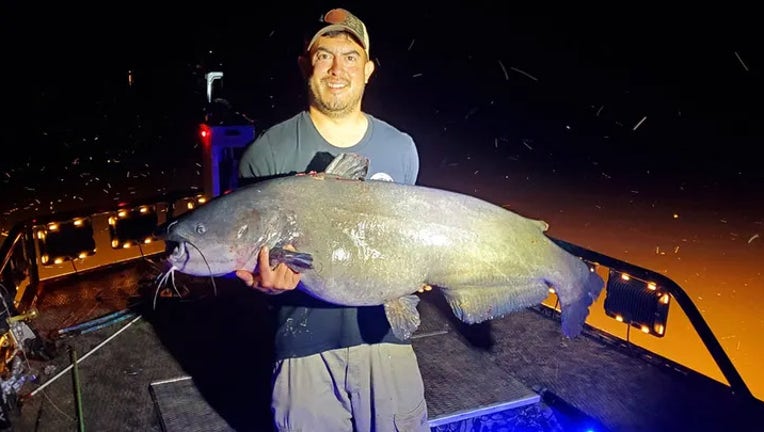 There is a new fishing record in Virginia.

Jason Emmel, of Louisa, Virginia, broke the state record catching a 66-pound, 5-ounce blue catfish with a bow and arrow, according to the Virginia Department of Wildlife Resources.

The fish – which Emmel caught in the Pamunkey River on Monday – was 3 feet, 6 inches long.

It was verified by biologists and reviewed by the Virginia State Record Committee, according to a Facebook post from the Virginia DWR.

Emmel beat the previous state record by about four pounds.

In 2021, William Bates Jr. caught a 62-pound, 4-pounce blue catfish from Occoquan Bay in Fairfax, Virginia, according to the state DWR.

Ann W. Schmidt is a lifestyle reporter and editor for Fox News Digital.