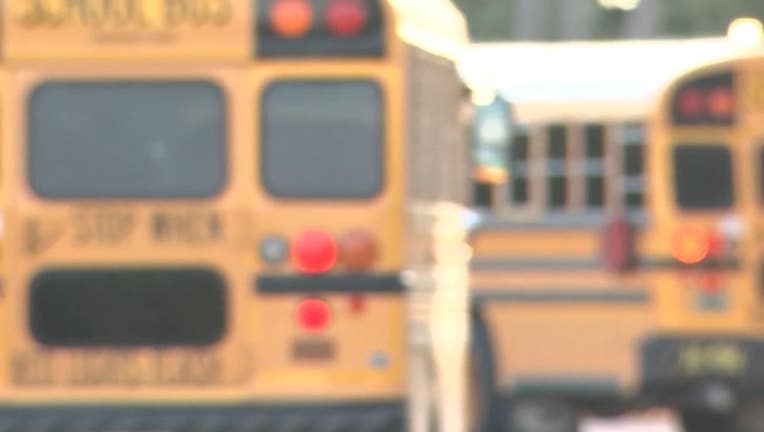 BUXTON, Maine - A 7-year-old boy is expected to survive after being dragged by a school bus hundreds of feet when his backpack strap got caught in the door, according to authorities.

Authorities said the preliminary investigation showed the boy’s backpack strap got stuck in the door as it closed. They said the bus driver, 63-year-old Kenneth Hawley, drove nearly 573 feet at low speed, dragging the boy, before coming to a stop.

According to WMTW, the boy suffered scrapes and bruises down the side of his leg.

The boy was then transported to a local hospital with non-life-threatening injuries. Police said the other 29 students on board were not harmed and were transferred to another school bus to be brought home.

WMTW also reported that the the Bonny Eagle School District placed the driver on leave.

Athena Lavigne, the boy's mother, told the outlet that she was waiting for her son at the drop-off location and saw him getting dragged away before she chased after him. She credited the backpack not ripping that prevented her son from getting killed.

Buxton police said the incident is still under investigation.