For a single minute on Friday, July 8, 99% of the entire world was either in sunlight or twilight. It only happens once a year. The only countries not included are New Zealand, Australia, and Papua New Guinea

(FOX 2) - It's hard not to see, but admittedly if someone isn't watching for the phenomenon that unfolded Friday morning, they can definitely miss it.

It's a minute of time that only happens once a year - when 7.688 billion people can spot the sun in the sky. 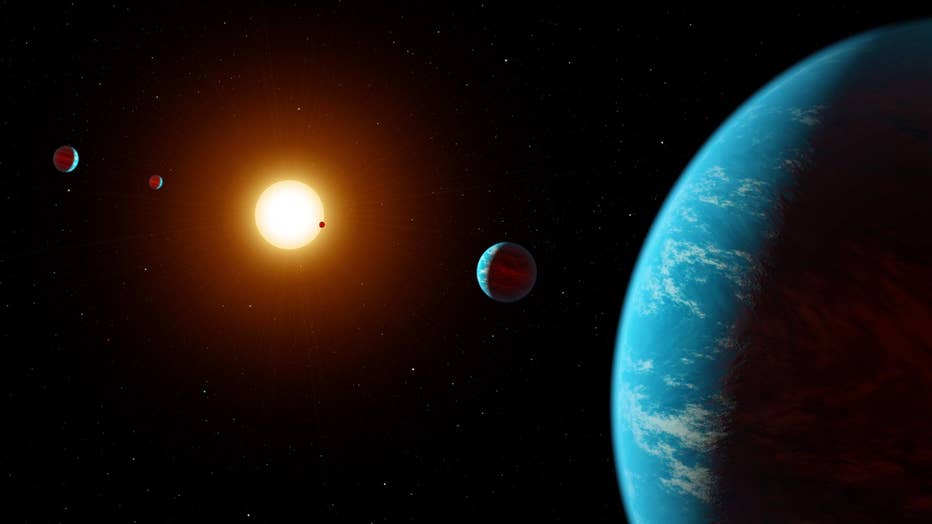 This artist concept shows K2-138, the first multi-planet system discovered by citizen scientists. The central star is slightly smaller and cooler than our Sun. NASA/JPL-Caltech

The only spots not under sun are New Zealand, Australia, and Papua New Guinea. As well as those living in Antarctica.

The phenomenon does call into question what it means to be seeing the sun. According to the website timeanddate.com, while the claim is technically true, the number of people perceiving sunlight is a bit lower - about 93% of the world's population.