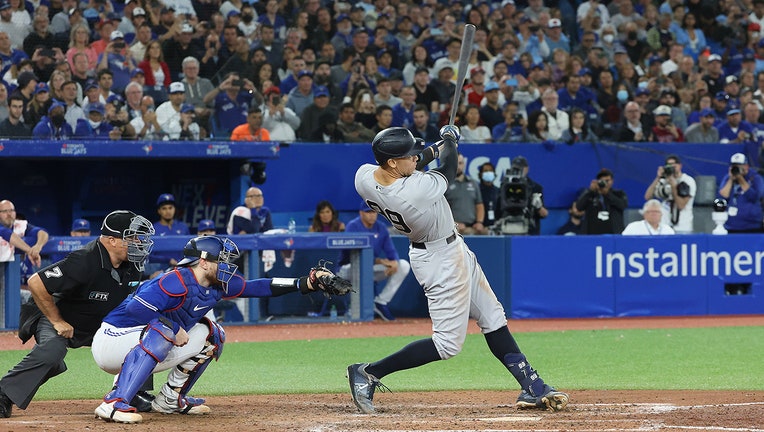 Judge hit his 61st home run of the season against the Toronto Blue Jays on Wednesday evening, tying him with fellow Yankee great Roger Maris, who set the record in 1961. He hit a two-run blast in the top of the 7th inning, breaking a tie score. The 30-year-old slugger drove a full-count pitch from Tim Mayza over the left-field fence.

The outfielder and designated hitter has been having torrid season, putting up MVP numbers and leading the Yankees to an AL East title. But he had gone seven games without a home run — his longest drought this season was nine in mid-August.

Maris hit No. 61 for the Yankees on Oct. 1, 1961, against Boston Red Sox pitcher Tracy Stallard. His MLB record stood until 1998 when Mark McGwire broke the mark on his way to ending the season with 70 home runs for the St. Louis Cardinals. That same season, Sammy Sosa of the Chicago Cubs hit 66.

But McGwire, Sosa, and Bonds have all been tainted by the scandal of steroids. Years later, McGwire admitted to using banned substances but Sosa and Bonds have denied knowingly using performing-enhancing drugs. 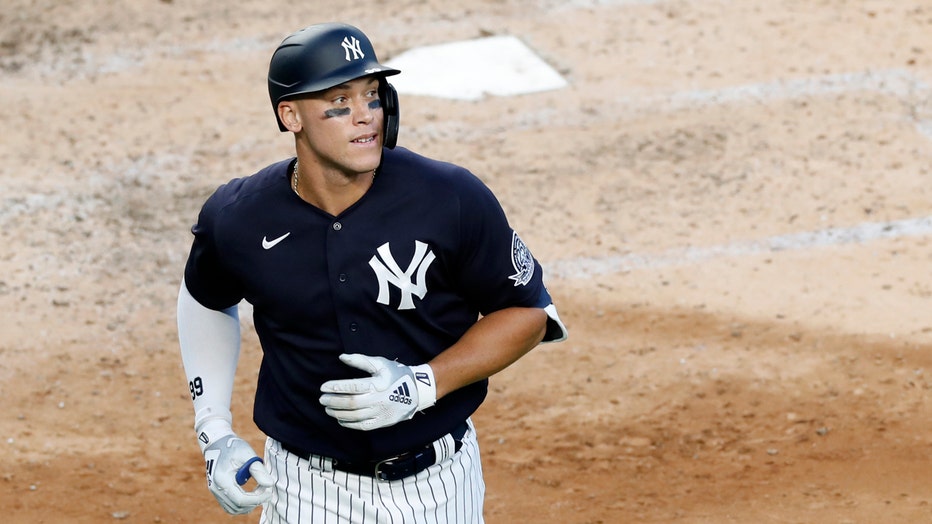 This was the Yankees’ 155th game of the season, which means Judge has seven more in the regular season to try to set a new AL record.