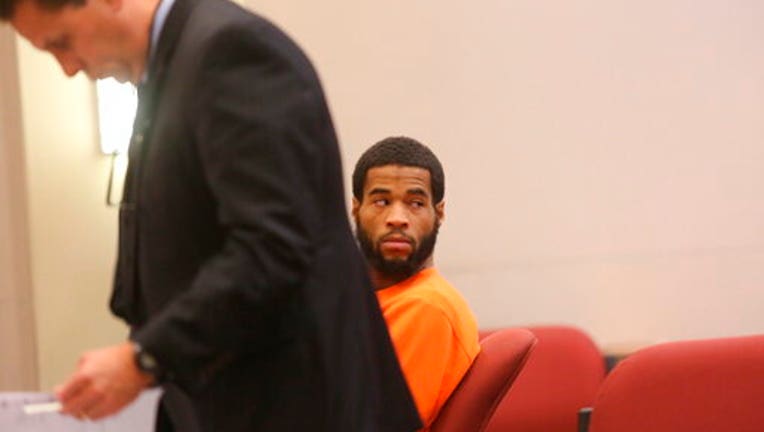 MAYS LANDING, N.J. (AP) — A man accused of firing a gun into the crowded bleachers of a New Jersey high school football game, killing a 10-year-old boy, will be held in jail until his trial.

Alvin Wyatt is charged with murder and other offenses stemming from the Nov. 15 shooting at a playoff game between home team Pleasantville and Camden.

Two others also sustained gunshot wounds, including a 15-year-old boy and a 27-year-old man charged with weapons offenses.

“This defendant’s conduct was extremely violent and dangerous, and could have caused even greater widespread harm,” the judge said.

Wyatt repeatedly swiveled from side to side in his chair at the defense table.

“The defendant went to a high school football game; he brought a gun with him,” said Atlantic County Chief Assistant Prosecutor Seth Levy. “He fired into the stands. He hit three people, two of who were minors.”

One of those minors, 10-year-old Micah Tennant, died from a bullet wound to the neck several days later.

Wyatt’s attorney, Stephen Funk, did not address his client’s guilt or innocence during Wednesday’s court hearing in Mays Landing. The attorney left the courtroom without speaking to reporters, and a message left with his office afterward was not immediately returned.

No pleas have yet been entered in the case, which is awaiting action by a grand jury.

Two others charged in the case will also remain jailed pending trial. Both are charged with unlawful weapons possession after being arrested in a car that fled the scene.

Police records show one of them acknowledged tossing a gun out the window of the car as it drove into nearby Atlantic City. But his lawyer stressed that the gun tossed from the car was not the murder weapon.

Three others charged with weapons violations in the case also have been ordered held until trial, including the gunman’s alleged target.

The shooting halted the playoff game between the two teams. It was resumed the following week when the NFL’s Philadelphia Eagles offered the use of their stadium for the game. Camden won 22-0.