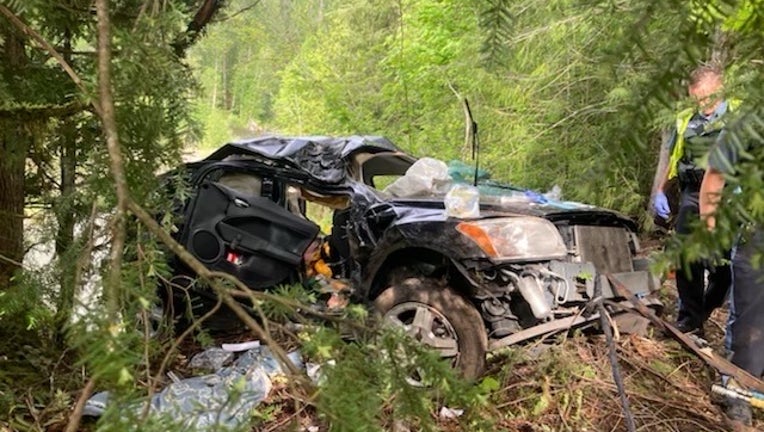 An Oregon state worker was able to save a family from a car teetering on the edge of an embankment. (Credit: Oregon Department of Transportation)

An Oregon state worker is being praised as a hero for his quick-thinking actions that helped save a mother and her three children from a car that was teetering on the edge of an embankment.

The Oregon Department of Transportation said the terrifying incident happened on June 8.

Authorities said the mother was driving when she veered off OR-58, Willamette Highway. Her vehicle landed in trees and on the edge.

Josh Frazier, an Oakridge Transportation Maintenance Coordinator with ODOT,  was nearby and saw that the car was about to fall over the edge.

Authorities said Frazier pulled his ODOT truck close and hooked a winch cable to the car, keeping it in place. 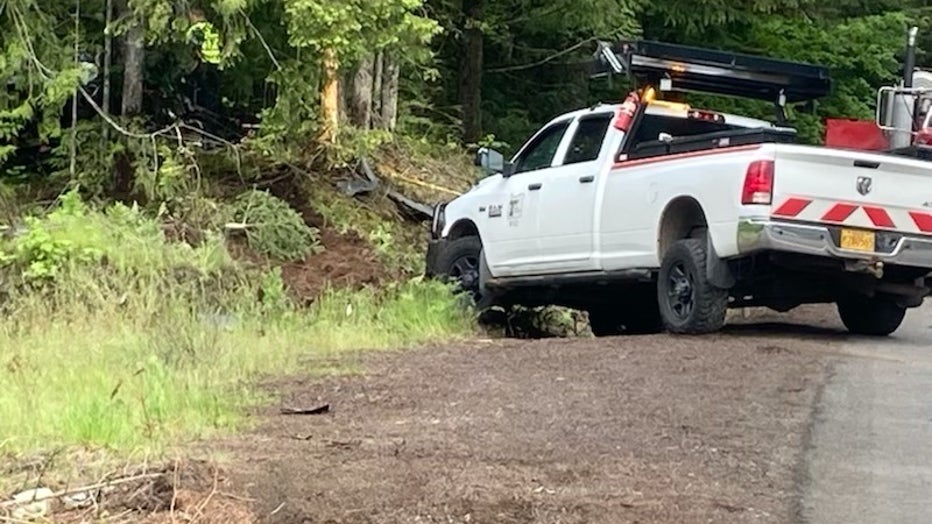 A picture of the ODOT truck used to help the trapped family. (Credit: ODOT)

Frazier then punched out the windshield and carried two of the children up the hill while additional first responders helped rescue the others and provided medical care.

"It's one of those action hero movie tropes: a car, teetering on the edge of an embankment, when the hero saves the day by rescuing the vehicle's occupants. Predictable by movie standards, but extraordinary in real life," ODOT said in a Facebook post.

"On what was likely one of these travelers' worst days, we're glad Josh was at his best," the post continued.