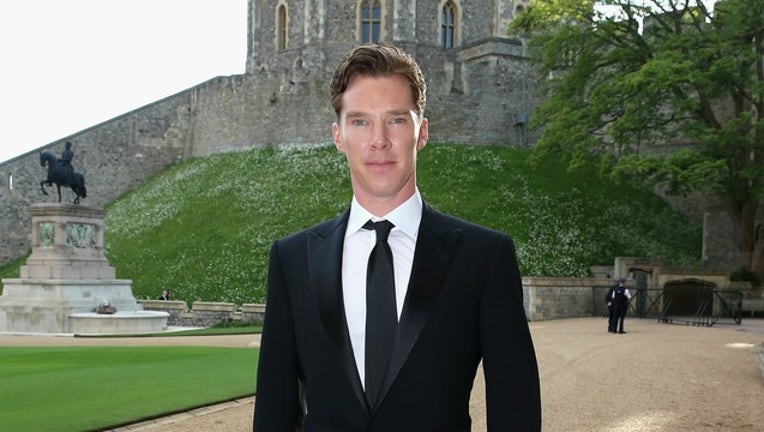 WINDSOR, ENGLAND - MAY 13: Benedict Cumberbatch arrives for a dinner to celebrate the work of The Royal Marsden hosted by the Duke of Cambridge at Windsor Castle on May 13, 2014 in Windsor, England. (Photo by Chris Jackson/Getty Images)

LONDON (AP) - The food-delivery firm Deliveroo thanked Benedict Cumberbatch on Saturday after a newspaper reported that the "Sherlock" star had fought off muggers who were attacking one of its cyclists.

Uber driver Manuel Dias told the Sun newspaper that he was driving Cumberbatch and his wife Sophie Hunter along London's Marylebone High Street when they saw a cyclist being hit with a bottle.

He said Cumberbatch jumped out of the car and grabbed one of the attackers.

"I had hold of one lad and Benedict another," Dias was quoted as saying. "He seemed to know exactly what he was doing. He was very brave."

"Here was 'Sherlock Holmes' fighting off four attackers just round the corner from Baker Street," he added.

The fictional detective's home address in London is around the corner from the scene of the attack.

The newspaper didn't say when the incident occurred. Police said a delivery cyclist was assaulted in the street in November.

On Saturday, Deliveroo praised Cumberbatch "for his heroic actions."

"On behalf of everyone at Deliveroo: Thank you so much," it said.