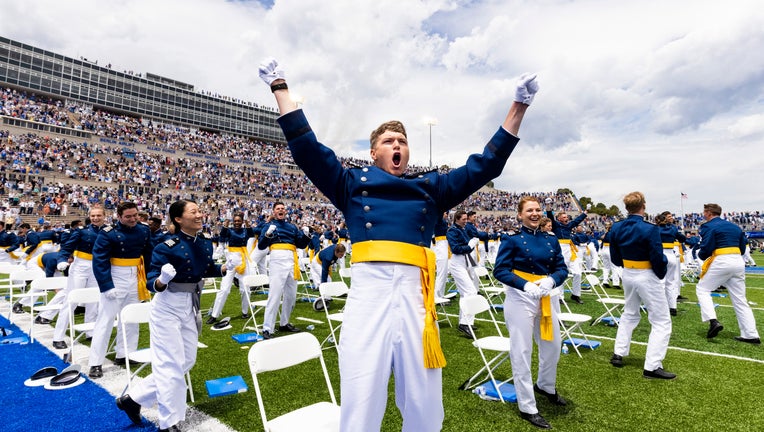 COLORADO SPRINGS, CO - MAY 26: Members of the United States Air Force Academy Class of 2021 celebrate after their graduation ceremony at Falcon Stadium on May 26, 2021 in Colorado Springs, Colorado. (Photo by Michael Ciaglo/Getty Images)

WASHINGTON - Four cadets at the Air Force Academy may not graduate or be commissioned as military officers this month because they have refused the COVID-19 vaccine, and they may be required to pay back thousands of dollars in tuition costs, according to Air Force officials.

It's the only military academy, so far, where cadets may face such penalties. The Army and Navy said that as of now, not one of their seniors is being prevented from graduating at the U.S. Military Academy at West Point, New York, or the Naval Academy in Annapolis, Maryland, due to vaccine refusals. The graduations are in about two weeks.

Defense Secretary Lloyd Austin last year made the COVID-19 vaccinations mandatory for service members, including those at the military academies, saying the vaccine is critical to maintaining military readiness and the health of the force.

Military leaders have argued that troops for decades have been required to get as many as 17 vaccines in order to maintain the health of the force, particularly those deploying overseas. Students arriving at the military academies get a regimen of shots on their first day — such as measles, mumps and rubella - if they aren't already vaccinated. And they routinely get regular flu shots in the fall. 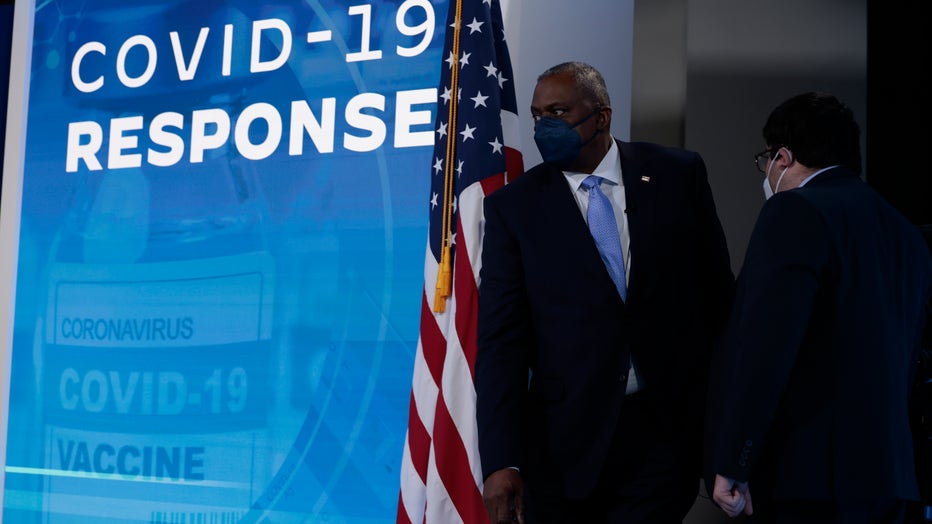 WASHINGTON, DC - JANUARY 13: U.S. Secretary of Defense Lloyd Austin arrives for a meeting with U.S. President Joe Biden on the administration's response to the surge in COVID-19 cases across the country (Photo by Anna Moneymaker/Getty Images)

Members of Congress, the military and the public have questioned if the exemption reviews by the military services have been fair. There have been multiple lawsuits filed against the mandate, mainly centering on the fact that very few service members have been granted religious exemptions from the shots.

Lt. Col. Brian Maguire, an Air Force Academy spokesman, said that while vaccination status may hinder the graduation of the four seniors, "there are still two weeks until graduation, so their status could change as the cadets weigh their options."

According to Maguire, the four cadets — who are not named — have been informed of the potential consequences, and have met with the academy's superintendent. In addition to those four, there are two juniors, one sophomore and six freshmen at the academy who have also refused the vaccine.

The military academies for years have required students under certain circumstances to repay tuition costs if they leave during their junior or senior year. Often those involve students with disciplinary issues or similar problems. The costs can be as much as $200,000, or more, and any final decision on repayment is made by the service secretary.

West Point said that there are no members of the Class of 2022 who have refused to get the vaccine. 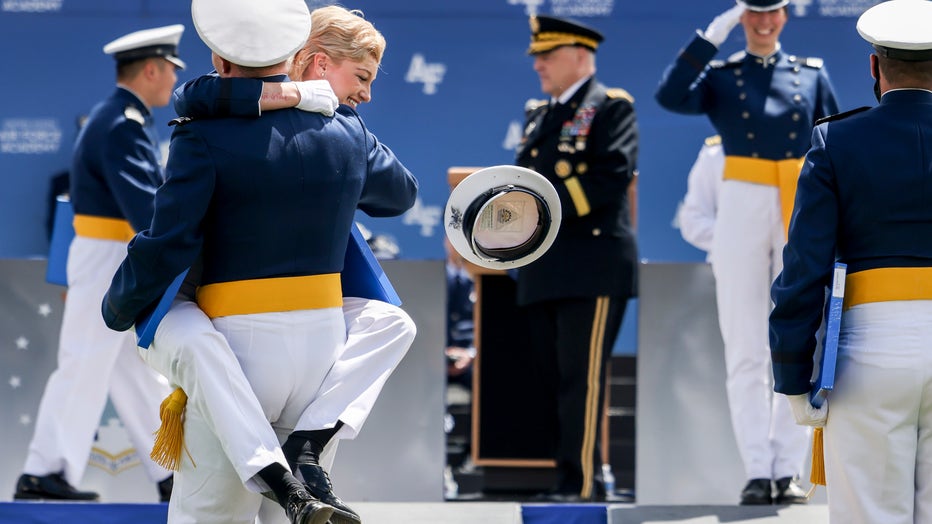 COLORADO SPRINGS, CO - MAY 26: Members of the United States Air Force Academy Class of 2021 celebrate after receiving their diplomas during a graduation ceremony at Falcon Stadium on May 26, 2021 in Colorado Springs, Colorado. (Photo by Michael Ciagl

Across the military, the Army, Navy, Air Force and Marine Corps have discharged nearly 4,000 active duty service members for refusing the vaccine. According to recent data released by the services, more than 2,100 Marines, 900 sailors, 500 Army soldiers and 360 airmen have been thrown out of the military, and at least 50 were discharged during entry level training, before they moved into active duty service.

Those who flatly refuse the vaccine without seeking an exemption are still being discharged. But the courts have stalled additional discharges of service members who sought religious exemptions.

Last month, a federal judge in Texas barred the Navy from taking action for now against sailors who have objected to being vaccinated on religious grounds.

U.S. District Judge Reed O’Connor had, in January, issued a preliminary injunction preventing the Navy from disciplining or discharging 35 sailors who sued over the Navy’s vaccine policy while their case played out. In April, O’Connor agreed the case could go forward as a class action suit and issued a preliminary injunction covering about 4,000 sailors who have objected on religious grounds to being vaccinated.

Also last month, a federal judge in Ohio granted a preliminary injunction blocking the Air Force from disciplining a dozen officers and some additional airmen and reservists who were seeking religious exemptions. The officers, mostly from Wright-Patterson Air Force Base near Dayton, Ohio, sued in February after their exemption requests were denied.

According to the military, as many as 20,000 service members have asked for religious exemptions. Thousands have been denied.

About 99% of the active duty Navy and 98% of the Air Force, Marine Corps and Army have gotten at least one shot.