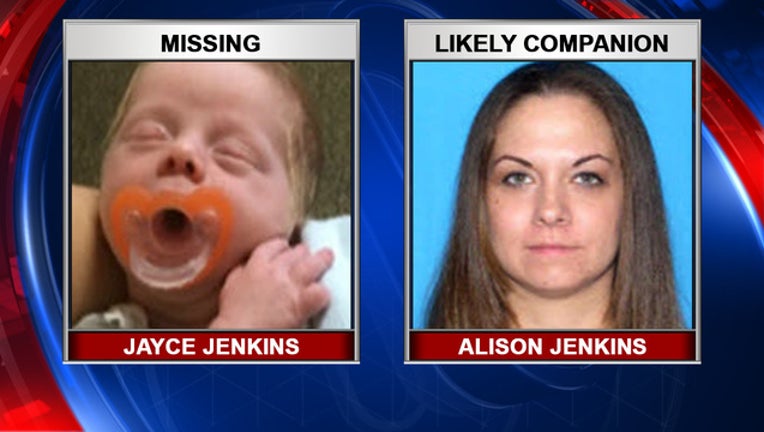 GAINESVILLE (FOX 13) - A missing child alert has been issued for a baby out of the Gainesville area.

According to deputies, 3-week-old Jayce Jenkins was last seen Sunday in the 4300 block of SW 13th Street in Gainesville.  They say the baby may be in the company of Alison Jenkins.

Deputies say the baby was in the custody of the Department of Children and Families because Jenkins was in a drug treatment program, but she took off from the program with the baby.

Alison Jenkins is described as a white female, 5-foot-3 and unknown weight.