Alex Jones' attorney accidentally sent all his text messages to opposing attorney: 'Do you know what perjury is?'

During Alex Jones' civil trial, he learns his attorney accidentally sent the last two years' worth of his text messages to Mark Bankston, the attorney who's representing the parents of Sandy Hook.

The legal team representing Infowars founder Alex Jones accidentally sent years’ worth of their client’s text messages containing contradicting claims regarding the Sandy Hook Elementary School mass shooting to the attorney representing the family of one of the victims.

Mark Bankston, the attorney representing the parents of a 6-year-old boy who was killed in the 2012 attack, revealed on Wednesday that Jones’ attorneys "messed up" and sent Bankston "an entire digital copy" of Jones’ cellphone from the past two years.

The messages that were accidentally sent to Bankston were not labeled as privileged by Jones’ attorneys, which would have thereby kept them out of court.

"That is how I know you lied to me when you said you didn’t have text messages about Sandy Hook. Did you know that?" Bankston asked Jones.

To which Jones mockingly replied, "See, I told you the truth. This is your Perry Mason moment." 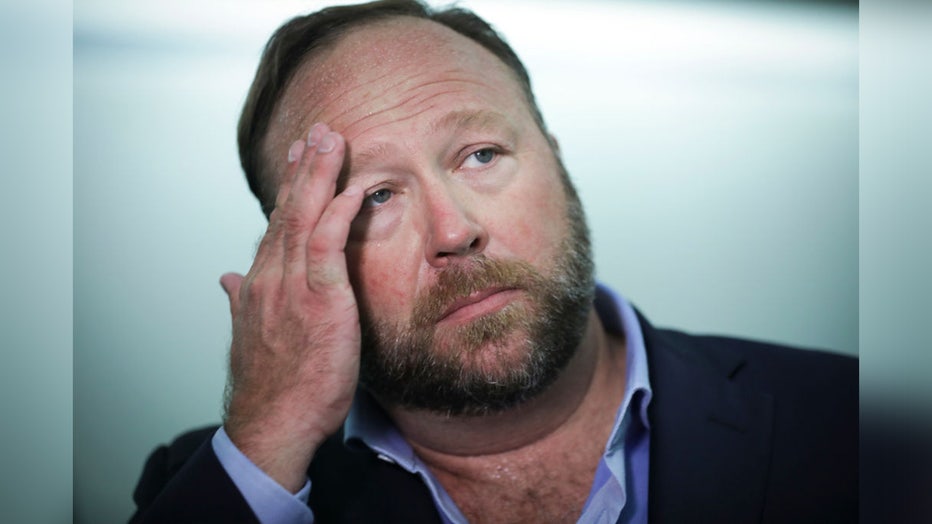 "Mr. Jones, in discovery, you were asked, ‘Do you have Sandy Hook text messages on your phone?’ and you said no, correct? You said that under oath," Bankston said.

Jones tried to make light of the discovery, even sarcastically saying, "My lawyers sent it to you, but I’m hiding it. OK."

"You know what perjury is, right? I just want to make sure you know before we go any further, you know what it is?" Bankston asked, to which Jones replied, "Yes."

However, when asked once again whether or not Jones had lied under oath, he answered, "No, I did not lie," and maintained he did not knowingly try to hide anything.

The recent revelation came a day after the parents of Jesse Lewis, a victim in the 2012 attack, testified about the suffering, death threats and harassment they've endured because of what Jones trumpeted on his media platforms.

On Wednesday, the Infowars host conceded that he definitely thinks the attack happened.

"Especially since I’ve met the parents. It’s 100% real," Jones said at his trial to determine how much he and his media company, Free Speech Systems, owe for defaming Neil Heslin and Scarlett Lewis. Their son was among the 20 students and six educators who were killed in the attack in Newtown, Connecticut, which was the deadliest school shooting in American history.

But Heslin and Lewis said Tuesday that an apology wouldn’t suffice and that Jones needed to be held accountable for repeatedly spreading falsehoods about the attack. They are seeking at least $150 million in the trial, which was held to determine how much Jones and his media company, Free Speech Systems, must pay for defaming Heslin and Lewis.

Jones — who has portrayed the lawsuit against him as an attack on his First Amendment rights — told the jury that any compensation above $2 million "will sink us," but added: "Ï think it’s appropriate for whatever you decide what you want to do."

Testimony in the trial, which is in its second week, concluded at around midday Wednesday.