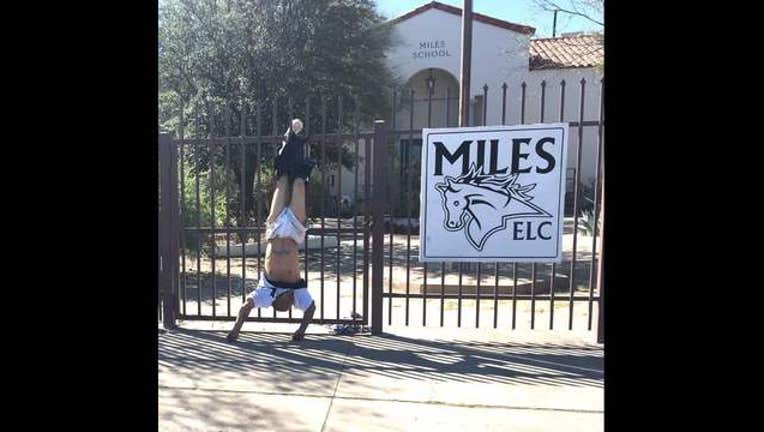 TUCSON, Ariz. (KSAZ) - A man in Tucson, Arizona learned what could go wrong if you have baggy pants and you're attempting to flee from committing a crime. You could get stuck hanging upside down by your pants.

According to a report, a locksmith was working at the school when he spotted a man trying to get into different rooms on the campus.

The locksmith spooked him, causing the alleged burglar to flee.

This is where the spiked fence comes in. He did not make the jump over the fence, and was caught hanging upside, underwear exposed and all.

Passersby Jesse Sensibar and Kristin Woodall took a quick photo and posted the story to Facebook.

Sensibar explained he was thinking about going back and helping, but Tucson PD beat him to it.

Valenzuela and Sensibar confirmed with Tucson News Now that the suspect was arrested. Sensibar said, "Fifteen minutes later when I went back by the other direction going home he was cuffed up in the backseat. He smiled for the camera."

No one was injured and the school was closed due to spring break.

Tucson Police told Tucson News Now that they have no record of a incident like this before.