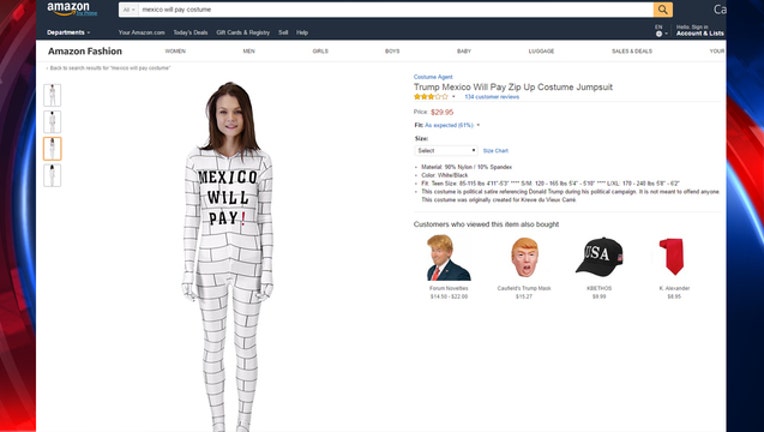 FOX NEWS - A Halloween costume on Amazon is causing outrage.

Costume Agent's unisex "Mexico Will Pay" jumpsuit isn't sitting well with some Amazon customers who say the costume is racist.

A petition to Amazon CEO Jeff Bezos demands the costume based on President Donald Trump's efforts to build a border wall between the United States and Mexico, be taken down immediately.

"The 'costume' advertised on Amazon's website promotes this despicable xenophobia and is nothing more than a modernized version of a Ku Klux Klan robe. We demand Amazon immediately remove it and all other racist merchandise from its site," the petition states.