HOLCOMBE, Wis. (FOX 9) - The suspect in an Amber Alert in Wisconsin has been arrested, authorities said Monday.

Authorities did not release any details, only to say 22-year-old Trevor Blackburn is in custody. He was wanted for his alleged connection with an Amber Alert in Chippewa County, Wisconsin, on Saturday, Oct. 1.

The missing teenage girl was found safe Sunday evening, authorities said. They did not say where she was found.

As of this writing, Blackburn has not been formally charged.

A missing Wisconsin teen has been found safe on Sunday, more than 24 hours after an Amber Alert was issued this weekend.

According to officials, the man she was believed to be with, 22-year-old Trevor Blackburn, is still missing. 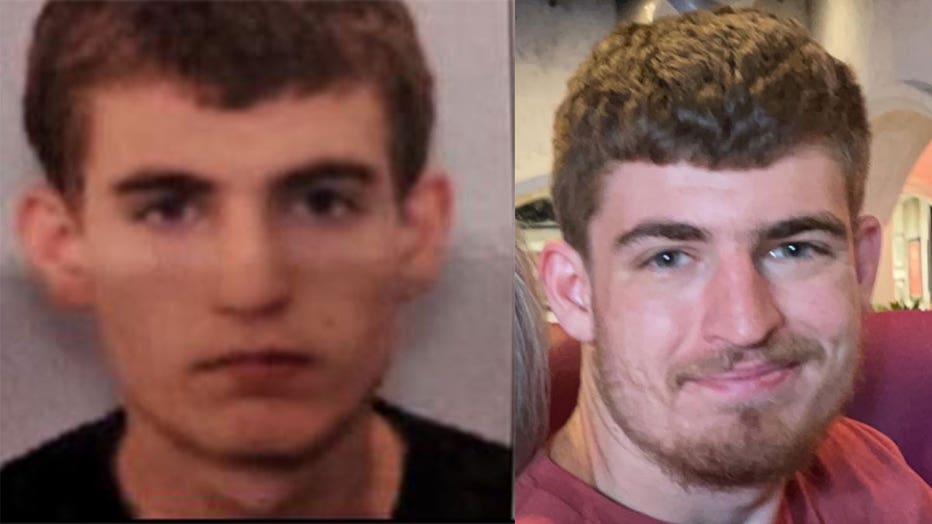 Photos of Trevor Blackburn (most recent photo on the right)

The Amber Alert for King was issued Saturday afternoon after she was reported missing Saturday morning. On Sunday, the alert was expanded to include more counties, while the Minnesota BCA issued an alert.

In a Facebook post on Sunday, the sheriff's office also asked anyone who may have given a ride to a person walking in the Cornell or Holcombe area to contact deputies. It's unclear how that person connected to the search.

Deputies ask anyone with information on the whereabouts of Blackburn to call 911 or the Chippewa County Sheriff's Office at 715-726-7700 and select option 1.