WASHINGTON (FOX 5 DC) - A statue of Amelia Earhart will be unveiled at the U.S. Capitol on Wednesday, commemorating her accomplishments as the first woman to fly solo across the Atlantic Ocean and her influential advocacy for women’s equal rights.

Earhart will become one of only 11 women represented in the National Statuary Hall Collection. 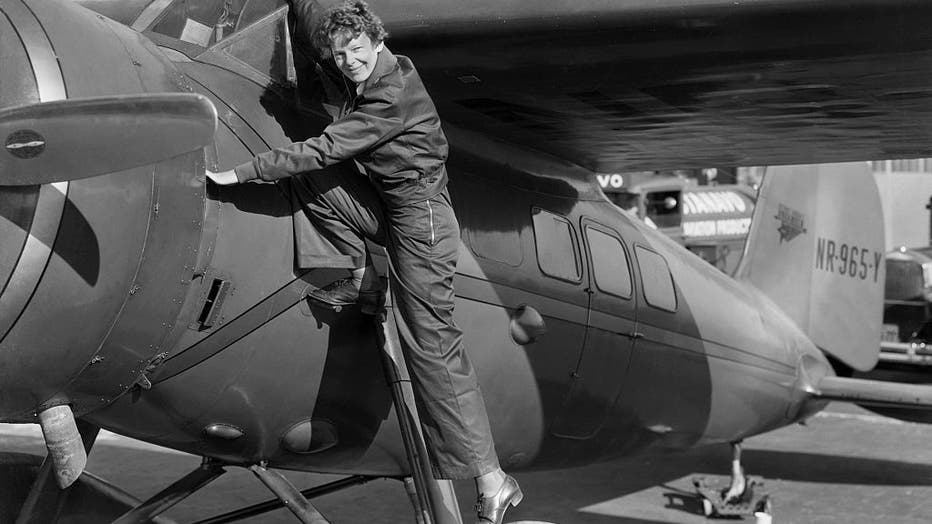 (Original Caption) Amelia Earhart, (1898-1937), first woman to cross the Atlantic Ocean in an airplane. She is shown climbing into the cockpit. Undated photograph.

"The time is long overdue for Amelia Earhart to take her rightful place in American history at the U.S. Capitol," said Karen Seaberg, founder and president of the Atchison Amelia Earhart Foundation in Atchison, Kan. — where Earhart’s dream of flight began. "The new Amelia Earhart statue will stand as a symbol of her determination, tenacity and courage that will inspire future generations — particularly women and girls."

The National Statuary Hall Collection in the United States Capitol Building is comprised of 100 statues, two sent by each of the 50 states to honor persons notable in their history.

In 1999, the Kansas State Legislature voted to replace both of its statues in the U.S. Capitol’s National Statuary Hall Collection with President Dwight D. Eisenhower and Amelia Earhart.

The bronze statue of Eisenhower was installed in the Capitol Rotunda in 2003, replacing former Kansas Gov. George Washington Glick.

The dedication ceremony is scheduled for 11 a.m. on Wednesday, July 27.