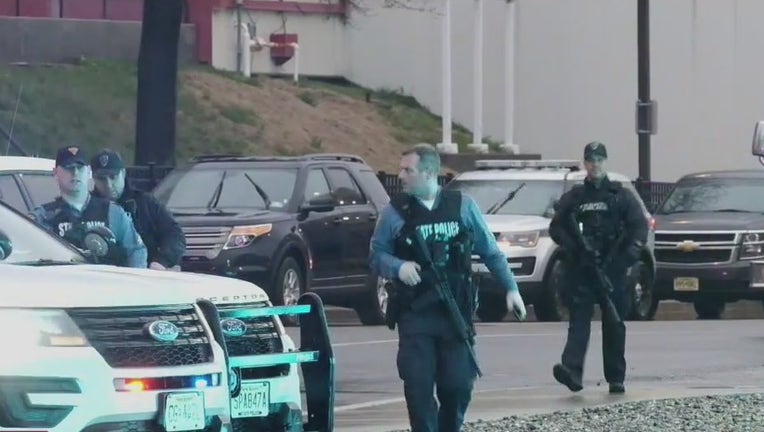 BERGEN COUNTY, N.J. - A man from Brooklyn is under arrest in connection with a shooting that happened earlier this month at the American Dream mall in East Rutherford, New Jersey.

The New Jersey State Police teamed up with the U.S. Marshals Service regional fugitive task force and the NYPD to track down and arrest Anwar Stuart, 20, at his home in Brooklyn on Monday, officials said.

Stuart is accused of trying to rob someone and then shooting him in a parking area at the mall on April 7. The victim was seriously wounded.

American Dream is a massive shopping and entertainment complex next to MetLife Stadium in the Meadowlands.