Missouri officials say 3 people were killed after an Amtrak train collided with a dump truck in Mendon, MO. Of the fatalities, two were aboard the train and one person on the dump truck.

MENDON, Mo. - The Missouri State Highway Patrol said at least four people were killed when an Amtrak train derailed after hitting a dump truck in Missouri at a crossing Monday.

Authorities initially said two people were killed inside the train and one person was killed in the truck. They did not release their names.

The patrol said law enforcement and Amtrak officials say about 150 people were taken from the scene to 10 area hospitals. Their injuries ranged from minor to serious.

The incident is said to have happened around 12:43 p.m. local time when the 911 center received calls about a vehicle being struck by a train outside Mendon.

The train was traveling from Chicago to Los Angeles, according to the highway patrol.

"There are approximately 243 passengers onboard with early reports of injuries. Local authorities are currently assisting customers and we have deployed Amtrak resources to assist," Amtrak said in a statement.

The highway patrol said seven cars derailed.  Amtrak said there were 12 crew members on board.

Several people have posted photos of the derailment on social media.

RELATED: 3 dead after Amtrak train collides with car near Brentwood

Multiple people were injured after a train struck a dump truck and derailed in Mendon, Missouri, on Monday, June 27. (Credit: Rob Nightingale via Storyful)

Three passengers were taken to University Hospital in Columbia, hospital spokesman Eric Maze said. He did not have information on their conditions. 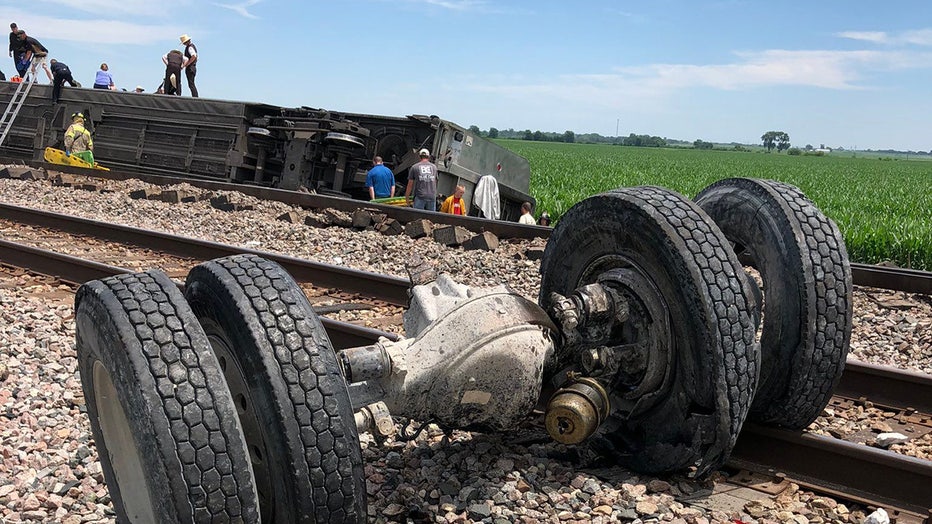 The Highway Patrol and other local law enforcement units were at the scene to help and Amtrak said it has deployed resources to the site. 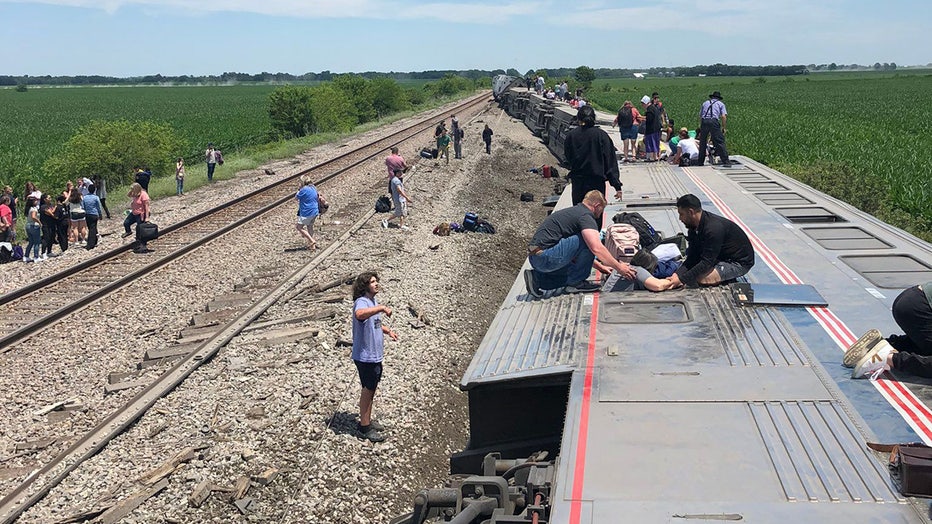 Mendon, with a population of about 160, is about 84 miles (135 kilometers) northeast of Kansas City.