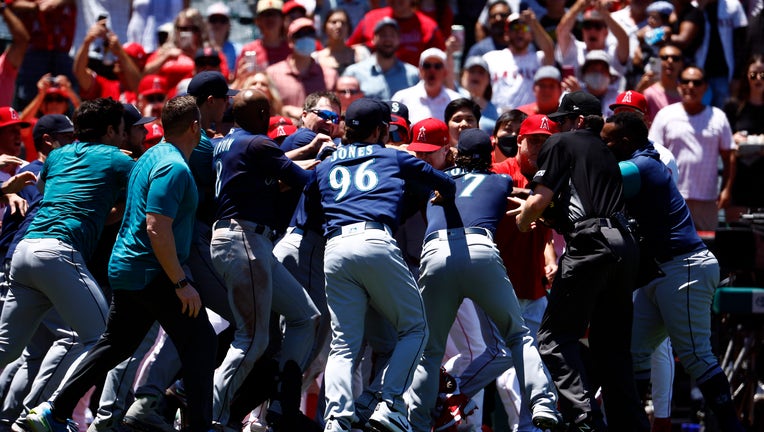 ANAHEIM, CALIFORNIA - JUNE 26: The Seattle Mariners and the Los Angeles Angels clear the benches after Jesse Winker #27 of the Seattle Mariners charged the Angels dugout after being hit by a pitch in the second inning at Angel Stadium of Anaheim on J

ANAHEIM, Calif. - Suspensions are now coming in following Sunday's brawl-heard-around-the-world between the Los Angeles Angels and the Seattle Mariners.

During Sunday's game, benches started clearing after Angels pitcher Andrew Wantz threw a ball at Mariners outfielder Jesse Winker in the second inning. After a brief shouting match between Winker and the Angels, the M's outfielder started charging toward the Angels dugout and punching started flying from players on both sides.

Now that the craziness is behind both teams – with Sunday's game ending in a Halos 2-1 victory and avoiding a series sweep – MLB has handed down suspensions for the following coaches and players: