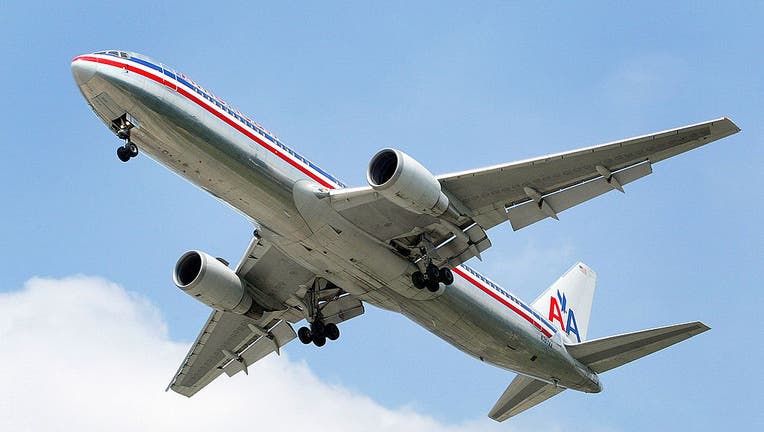 An American Airlines jet is seen in the air preparing to land at Chicago's O'Hare International Airport in Rosemont, Illinois. (Photo by Tim Boyle/Getty Images)

CHATTANOOGA, Tenn. - It is every parent’s worst nightmare — getting a phone call that your child has gone missing.

But that is exactly what Georgia mom Monica Gilliam, 39, says she experienced after she dropped off her 12-year-old daughter at an American Airlines gate inside Chattanooga Airport about a week ago.

Her daughter was flying solo down to Miami from the Chattanooga airport in Tennessee for a three-week visit with her father, Gilliam told Fox News Digital in a phone interview.

Gilliam said she paid $150 extra, in addition to the ticket price, to make sure her daughter would be escorted directly to her waiting father once the plane landed, under the airline's "unaccompanied minors" program.

Gilliam, a professional photographer and mom of four from Chickamauga, Ga., posted a TikTok video last Saturday sharing what happened next: "Almost an hour after her flight landed, I got a call from American Airlines. It was the manager in Miami — the American Airlines manager — and he says, ‘Your child is missing. We’ve shut down the terminal. We don’t know where she is.'"

Gilliam’s TikTok video (shown above) quickly went viral; as of publication time, it had amassed some 1.8 million views.

Gilliam said the trip began smoothly enough. Her daughter was scheduled to depart on a 6 a.m. flight, so mom and daughter arrived early at the airport to check the girl in with the airline as an unaccompanied minor.

"They give you a lanyard for your child to wear [around her neck] and it's got all of the child’s information inside it — their boarding pass, which lets everybody know that they're not traveling with an adult," Gilliam said.

Her daughter had breakfast at the airport; then a flight attendant took the girl to the aircraft and "got her boarded first, which is what they're supposed to do with an unaccompanied minor," said Gilliam.

"I stayed until the plane took off," said Gilliam, "and then I left, not thinking that anything was going to go wrong."

Two hours later, Gilliam said she received a call from her ex-husband, who said, "You're not going to believe what happened."

Her phone then rang again — and it was not good news, according to Gilliam.

It was an American Airlines manager, telling her that her child was missing.

Gilliam said she was incredulous. "How do you lose an unaccompanied minor?" she relayed to Fox News Digital about the conversation. "How did you lose my child?"

Fox News Digital reached out by both phone and email to American Airlines and received an emailed response from the corporate communications office.

Get more updates to this story on FoxNews.com