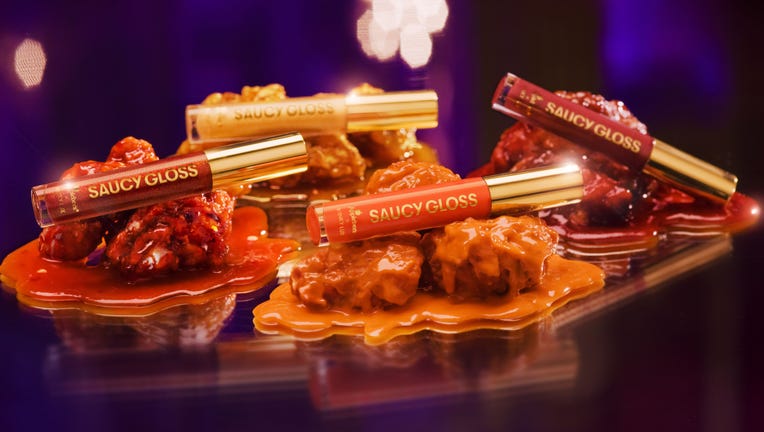 GLENDALE, Calif. - Applebee’s wants to put the "mmm" in makeup with a new collection of chicken wing sauce-inspired lip glosses.

The restaurant chain on Sunday debuted its new Saucy Gloss line, a collection of four lip glosses "inspired by Applebee’s wing sauces." It teamed up with the beauty brand Winky Lux to launch the new products in an effort to spice up customers’ date nights and make their "kisses more craveable."

The Saucy Gloss collection represents a variety of Applebee’s wings on the menu:

The new lip glosses are available at winkylux.com/saucygloss for $18 each or $65 for all four.

And because no restaurant chain’s lip gloss line could officially launch without a full-on music video to accompany it, Applebee’s has done that, too.

"Taste My Face," described by Applebee’s as the "makeout song of the summer," dropped with the collection.

"These lips are out of lockdown and inbound, so pucker up," a woman sings to a catchy dance beat. "I hope you like it spicy ‘cause I’m hot-sauced, glossed up."

Unusual collaborations like this are nothing new, and brands are increasingly thinking out-of-the-box as a form of marketing.

Earlier this summer, Velveeta debuted a line of nail police that smells like actual cheese, KFC sold Mother’s Day bouquets full of fried chicken, and Taco Bell made a whole TikTok musical with Dolly Parton about its beloved Mexican Pizza that briefly returned to menus nationwide.