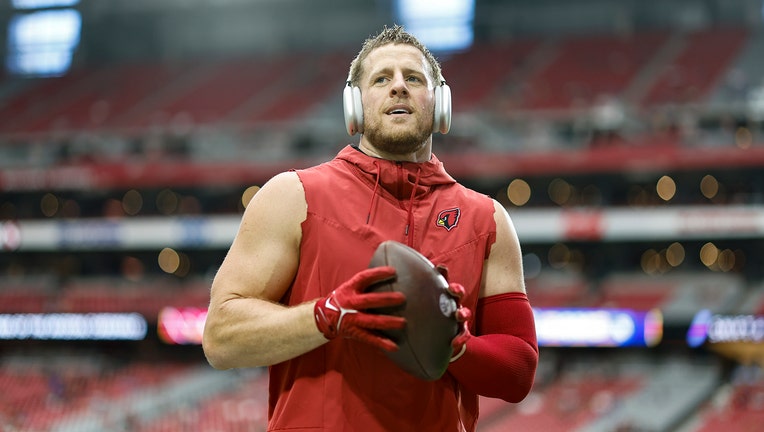 PHOENIX - Arizona Cardinals defensive end J.J. Watt played in Oct. 2's game against the Carolina Panthers just days after he reportedly had to get his "heart shocked back into rhythm."

Watt announced the news about his heart scare in a tweet Sunday morning.

"I was just told somebody leaked some personal information about me and it’s going to be reported on today," the football player wrote. "I went into A-Fib on Wednesday, had my heart shocked back into rhythm on Thursday and I’m playing today."

"A-Fib," or atrial fibrillation, is defined as "an irregular and often very rapid heart rhythm that can lead to blood clots in the heart," according to the Mayo Clinic.

NFL on FOX reporter Jay Glazer said Watt had felt off on Wednesday and went to the hospital the next day to get his heart "shocked back in."

Watt did not practice on Wednesday or Thursday. His status was listed as questionable for the Panthers game because of a calf injury.