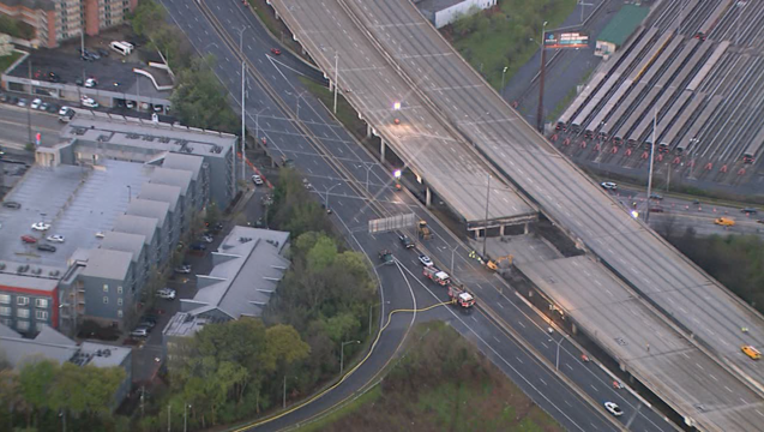 ATLANTA - The city of Atlanta is not without its sense of humor and it has been exporting its particular brand of southern wit and snark out to the world since its founding. So, Thursday evening, when a fire broke out under a raised portion of Interstate 85 leading to the eventual collapse of one of the spans, Atlantans thanked God no one hurt and then began to find the humor in the situation.

While some believe the incident may just be the end of the world.

Others were frustrated trying to come up with alternative routes around the normally busy highway leading to some pretty imaginative ways.

And others were taking cues from a couple of good ol' boys.

But everyone seemed to have the same ideas, causing drivers to get stuck in heavy traffic everywhere they went.

So, while officials were urging commuters to use MARTA and other mass transit options, some are pondering just how that will work.

Many drivers wondered if transportation officials will use the ever-so-popular method around the Atlanta streets of fixing gaps in the road.

Officials said there are no quick fixes, but we were really hoping for this one.

Some speculated this some sort of cosmic dual-interstate challenge.

Of course, the more jaded folks were pointing out this isn't the worst collapse for Atlanta this year.

In the end, some just came to terms with the reality of the situation.

Regardless, drivers in Atlanta were feeling the loss.

And the memes kept coming...