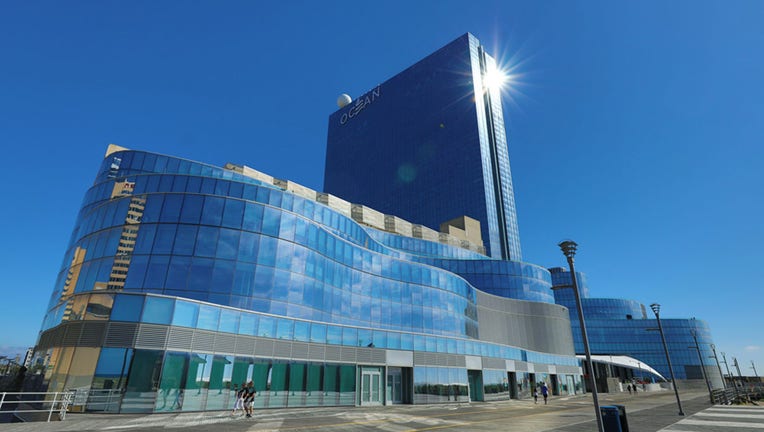 ATLANTIC CITY, N.J. (AP) - The new year may be more of a crapshoot than usual for Atlantic City. When and how thoroughly it bounces back is likely to depend on how quickly and effectively the coronavirus pandemic is brought under control in 2021.

The usual challenges facing the seaside gambling resort — competition from casinos in other states, financial concerns and a state takeover of its major governmental operations — aren't going anywhere in 2021.

But they all will be eclipsed by how well authorities can bring the virus under control, end restrictions on casino operations, and restore life to a semblance of normal.

"We're guardedly optimistic," said Steve Callender, a Caesars Entertainment executive and president of the Casino Association of New Jersey. "It's going to take a couple months for the vaccine to be widely distributed. But there is incredible pent-up demand. I'm constantly getting calls, emails and texts from people that haven't come back yet who are just waiting until they can get vaccinated."

Joe Lupo, president of the Hard Rock casino, is looking forward to summer, when the resort makes most of its money.

"People want to get out, and things will improve," he said. "We're working very hard at staying positive; you have to take that approach to keep morale up."

"I think the pent-up demand is going to be explosive," added Bob McDevitt, president of the main casino workers union here. "It's going to be a busy summer; I truly believe that. It's one thing to sit at home in your underwear and gamble on your phone, and quite another to come to a casino resort in person, go to dinner, see a show. Kiss is going to be playing here in August; you can't do that on your phone."

Right now, Atlantic City's casino work force is about 60% of what it would be at this time of year under normal conditions, casino executives say.

The virus outbreak forced Atlantic City's nine casinos to close in mid-March; they didn't reopen until early July and even then, they were limited to 25% of capacity. Subsequent restrictions prohibited casinos from serving food and drinks after 10 p.m. Getting them lifted is a big priority, Callender said.

Early in the new year, Atlantic City will try out its own big bang theory: seeing whether an auction for the right to press the button to dynamite the former Trump Plaza casino can raise more than $1 million for the local Boys & Girls Club.

The implosion should happen sometime in February and will clear a portion of the Boardwalk for what could be a lucrative new development project, either by billionaire Carl Icahn, who owns the land, or to a buyer.

While Trump Plaza will be coming down, something wet and wild should be going up a bit further down on the Boardwalk. State officials have approved developer Bart Blatstein's plan for a $100 million indoor year-round water park and family resort next to the Showboat hotel, which he also owns. They also granted a 20-year tax break for the project. Ground is expected to be broken sometime in early 2021.

But a big project like that may be the exception rather than the rule following a year in which casinos' revenue and profits plunged due to the virus. No major casino expansion plans have been announced for the new year, although some are sketching them out, preparing for when business levels improve to the point that a large-scale project makes sense.

And no one is kidding themselves about the near-term future.

"It's been the most challenging year we all can remember," Lupo said. "The fall of 2008 and the recession was difficult, as well. But this has been difficult with not knowing. It's going to be a very dark next four months."

But Melonie Johnson, president of the Borgata, closes her eyes and imagines Atlantic City in December 2021.

"I see the Borgata back to life, with our lounges open, all the food and beverage options open," she said. "I see concerts and conventions and a sense of life again in Atlantic City. Humans are social people; we need to be entertained. I look forward to something as simple as being able to walk up and give someone a hug."