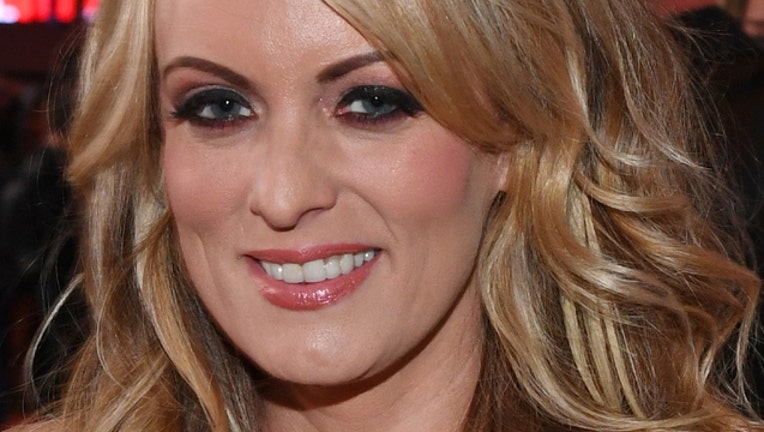 WASHINGTON - (AP) -- An attorney for an adult film star claiming a sexual encounter with President Donald Trump filed a motion Wednesday seeking to depose the president and his attorney.

In documents filed in U.S. District Court in California, Michael Avenatti seeks to depose Trump and Trump attorney Michael Cohen about a $130,000 payment made to Stormy Daniels days before the 2016 presidential election.

Avenatti wants to question each for "no more than two hours." In the filing, he says the depositions are needed to establish if Trump knew about the payment and if he consented to it.

"We're looking for sworn answers from the president and Mr. Cohen about what they knew, when they knew it and what they did about it," Avenatti told The Associated Press.

While he noted that "in every case you always have to be open to settlement," Avenatti said that "at this point we don't see how this case would possibly be settled."

In a statement to CBS, Cohen's attorney David Schwartz called the filing a "reckless use of the legal system in order to continue to inflate Michael Avenatti's deflated ego and keep himself relevant."

A hearing before Judge S. James Otero in the federal court's Central District in Los Angeles is set for April 30.

As precedent, the motion references the fact that former President Bill Clinton was deposed while in office in 1998 during the Paula Jones sexual harassment suit. That came after the Supreme Court ruled that a sitting president was not immune from civil litigation on something that happened before taking office and was unrelated to the office.

Jones' case was dismissed by a judge, then appealed. The appeal was still pending when Clinton agreed to pay $850,000 to Jones to settle the case. He did not admit wrongdoing.