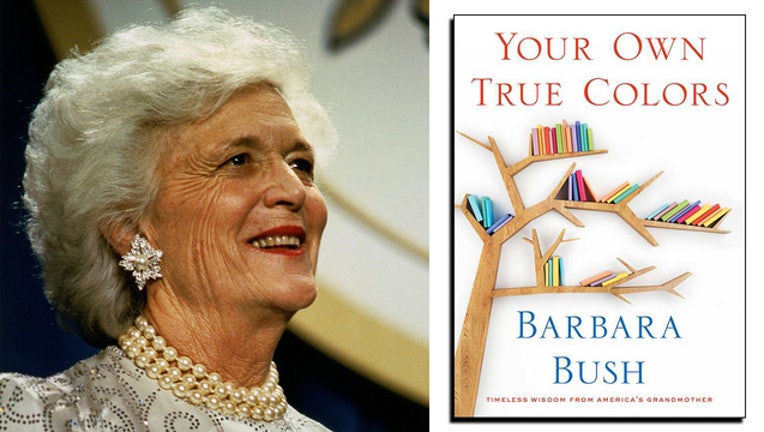 The late First Lady Barabara Bush in 1989 (official White House photo) and the cover of her book Your Own True Colors, based on her 1990 commencement address at Wellesley College (courtesy of Scribner).

Scribner told The Associated Press on Thursday that "Your Own True Colors" comes out June 12. An audio edition of the 1990 speech will be published the same day. The former first lady died in April at age 92.

Bush was invited by Wellesley after the first choice, author Alice Walker, dropped out for personal reasons. Some students at the women's school protested that Bush's life had been defined by her husband's achievements. Acknowledging the objections, Bush called on the graduates to respect differences and search for "their own true colors." Noting that someone in attendance might become a presidential spouse, she received loud applause when she added, "And I wish him well."