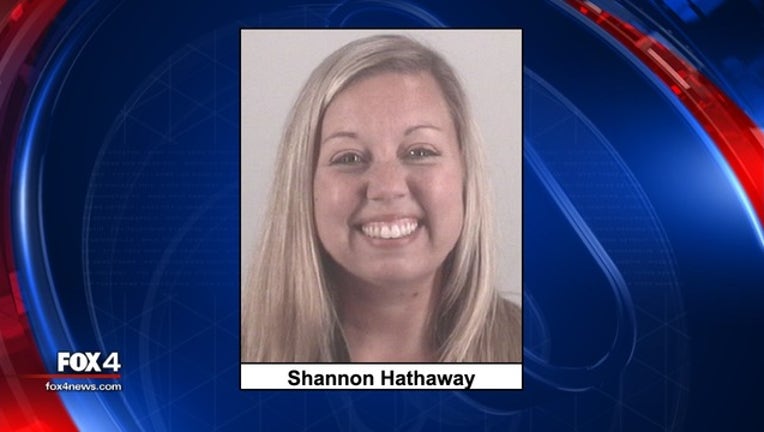 BEDFORD, Texas - A former Bedford middle school counselor was arrested for allegedly having a relationship with a student.

Police say 33-year-old Shannon Hathaway turned herself in on Thursday after a warrant was issued for her arrest on charges of improper relationship between educator and student. She was a school counselor at Harwood Junior High in Hurst-Euless-Bedford ISD.

Bedford PD says they were first made aware of the allegations in May of Hathaway having a physical relationship with a student. Their investigation revealed the student was at Harwood Junior High during the 2016-2017 school year when he was 17 years old in the ninth grade.

“The safety and security of our students is HEB ISD's number one priority, and isolated incidents such as this one violate the trust between student, parent, and school personnel and will not be tolerated,” the school district said in a statement.

Hathaway was being held in the Tarrant County Jail on a $5,000 bond.

The school district says there is no evidence to indicate that alleged behavior happened on campus.