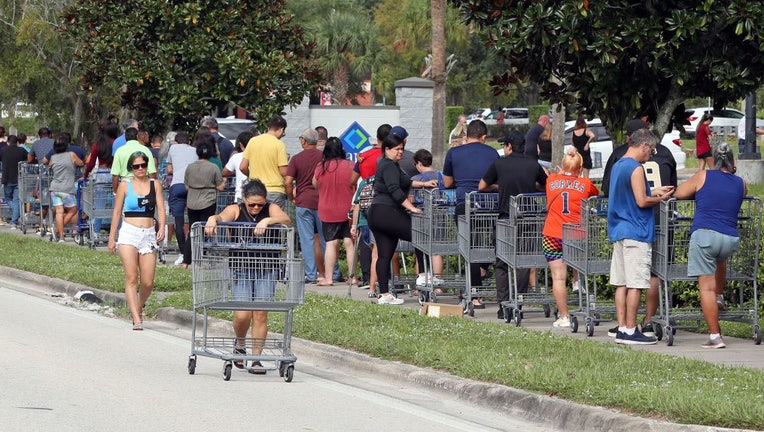 Shoppers walk to join a line stretching beyond the parking lot outside a retail warehouse as people rush to prepare for Tropical Storm Ian, in Kissimmee, Florida, on September 25, 2022. (GREGG NEWTON/AFP via Getty Images)

The FOX Forecast Center is closely tracking Hurricane Ian as it intensifies and heads toward Florida this week. The ninth named storm of the 2022 Atlantic hurricane season could impact parts of Florida and the Southeast in a matter of days, but it is not the first time a dreaded storm with a name starting with "I" has threatened the mainland U.S.

You only have to go back to last year to find an "I"-named storm that hit portions of the U.S. Gulf Coast.

Due to the nature of the alphabet, storms such as Ian, Ida and Irma have formed when atmospheric conditions are at their prime and water temperatures are at their warmest in what is the peak of hurricane season.

Hurricane Ida crashed ashore in southeastern Louisiana on Aug. 29, 2021, with maximum sustained winds of around 150 mph, a Category 4 on the Saffir-Simpson Hurricane Wind Scale.

The storm produced a powerful 14-foot storm surge along the Louisiana coastline and dumped torrential rainfall across much of the northern Gulf Coast, but its impacts didn't stop there. The storm's effects were also felt up the entire Eastern Seaboard, where tornadoes and flooding were reported as north as New England.

Hurricane Ida was blamed for the deaths of more than 100 people, and its estimated damages topped $75 billion from the Caribbean to New England. The destruction was enough to propel the storm to the fifth-costliest hurricane in U.S. history, ranking just behind Katrina, Harvey, Maria and Sandy, respectively.

The World Meteorological Organization voted in April 2022 to retire the name "Ida" from future use in the Atlantic Basin. 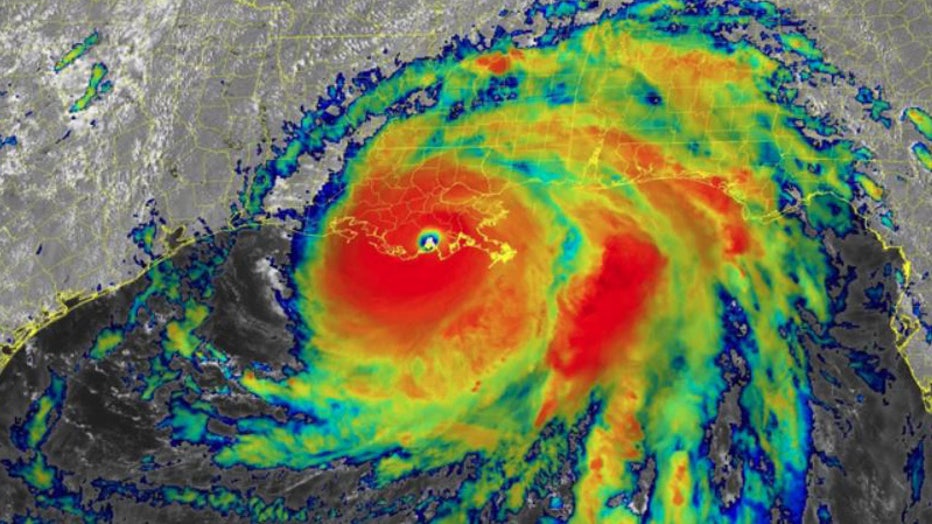 Infrared satellite image of Hurricane Ida after the storm made landfall in southeastern Louisiana on Sunday, Aug. 29, 2021. (NOAA/NESDIS/STAR)

Why storm names are retired

A storm's name can be retired if its impacts were particularly destructive and/or deadly. This would avoid the use of Ida, for example, for a future Atlantic "I" storm that might not even become a hurricane or affect any land areas.

Interestingly, more storms starting with "I" have been retired than a name beginning with any other letter. 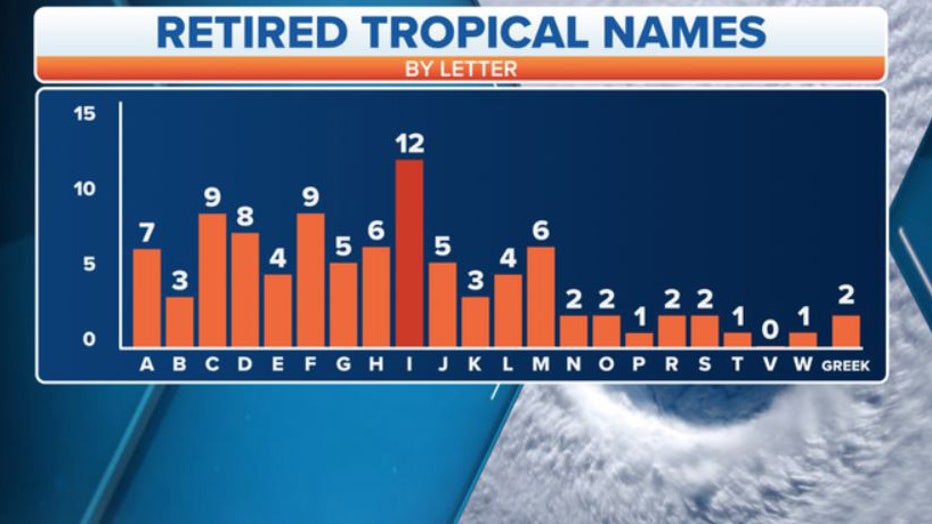 Since this retirement practice began in 1954, 12 "I" storms have been retired by the WMO. Tied for second place are "C" and "F" storms, each with nine retirees.

THE BEASTS OF THE ATLANTIC: 94 HURRICANE OR TROPICAL STORM NAMES HAVE BEEN RETIRED 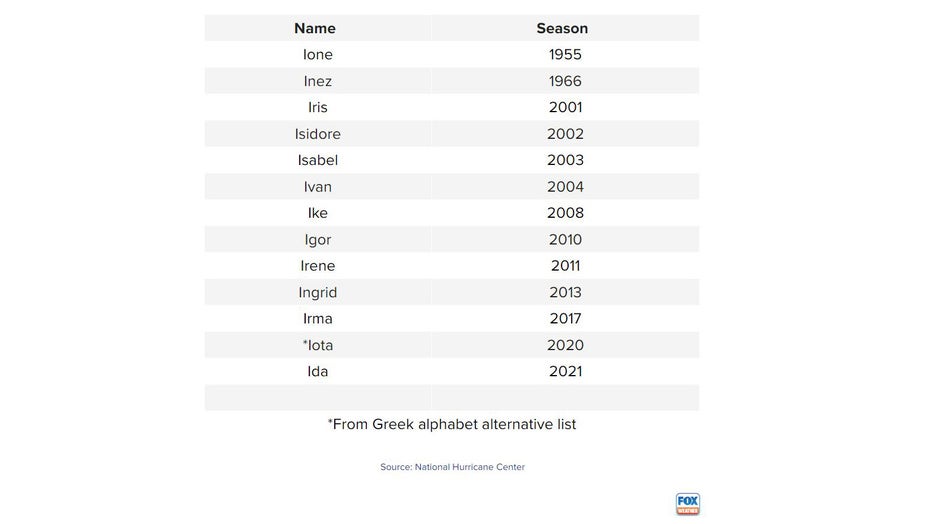 An average Atlantic hurricane season spawns 14 named storms, according to NOAA's most recent 30-year period of record (1991-2020). The "I" storm is the ninth of the season, so that means we can expect an "I" essentially every year.

Satellites began monitoring the entire Atlantic Basin in 1966, and 36 of the 56 hurricane seasons since then have reached the "I" storm, including Ian in 2022.

HERE'S WHY THE ATLANTIC HURRICANE SEASON RUNS FROM JUNE TO NOVEMBER

The mid-September period, when the "I" storm typically forms, is the peak of hurricane season. This is when environmental conditions tend to be most favorable for tropical cyclone development: water temperatures are at their highest across the Atlantic Ocean, Caribbean Sea and Gulf of Mexico; wind shear – the change in wind speed and direction with height that can rip apart developing tropical cyclones – is usually low; and tropical waves emerging off western Africa are often very robust.

When all of those conditions come into alignment, it's a "recipe" for strong hurricanes to develop and track hundreds of miles across the Atlantic Basin.

Unfortunately, the "I" storm just happens to come during this "recipe for disaster."