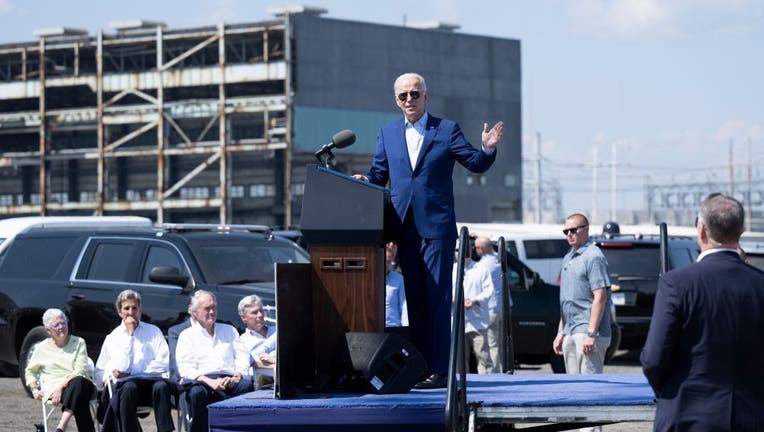 US President Joe Biden delivers remarks at the former location of the Brayton Point Power Station in Somerset, Massachussets, on July 20, 2022. (Photo by Brendan Smialowski/AFP via Getty Images)

WASHINGTON - President Joe Biden on Wednesday announced modest new steps to combat climate change and promised more robust action to come, saying, "This is an emergency and I will look at it that way."

The president stopped short, though, of declaring a formal climate emergency, which Democrats and environmental groups have been seeking after an influential Democratic senator quashed hopes for sweeping legislation to address global warming. Biden hinted such a step could be coming.

"Let me be clear," Biden said. "Climate change is an emergency, and in the coming weeks I’m going to use the power I have as president to turn these words into formal, official government actions through the appropriate proclamations, executive orders and regulatory power that a president possesses."

Biden delivered his pledge at a former coal-fired power plant in Massachusetts. The former Brayton Point power plant in Somerset, Massachusetts, is shifting to offshore wind power manufacturing, and Biden chose it as the embodiment of the transition to clean energy that he is seeking but has struggled to realize in the first 18 months of his presidency.

Executive actions announced Wednesday will bolster the domestic offshore wind industry in the Gulf of Mexico and Southeast, as well as expand efforts to help communities cope with soaring temperatures through programs administered by the Federal Emergency Management Agency, Department of Health and Human Services and other agencies.

The trip comes as historic temperatures bake Europe and the United States. Temperatures reached 115 degrees in Portugal as wildfires raged in Spain and France, and Britain on Tuesday shattered its record for highest temperature ever registered. At least 60 million Americans could experience triple-digit temperatures over the next several days as cities around the U.S. sweat through more intense and longer-lasting heat waves that scientists blame on global warming.

Calls for a national emergency declaration to address the climate crisis have been rising among activists and Democratic lawmakers after Sen. Joe Manchin, D-W.Va., last week scuttled talks on a legislative package.

White House officials have said the option remains under consideration. Press secretary Karine Jean-Pierre on Tuesday declined to outline a timetable for a decision aside from saying no such order would be issued this week. 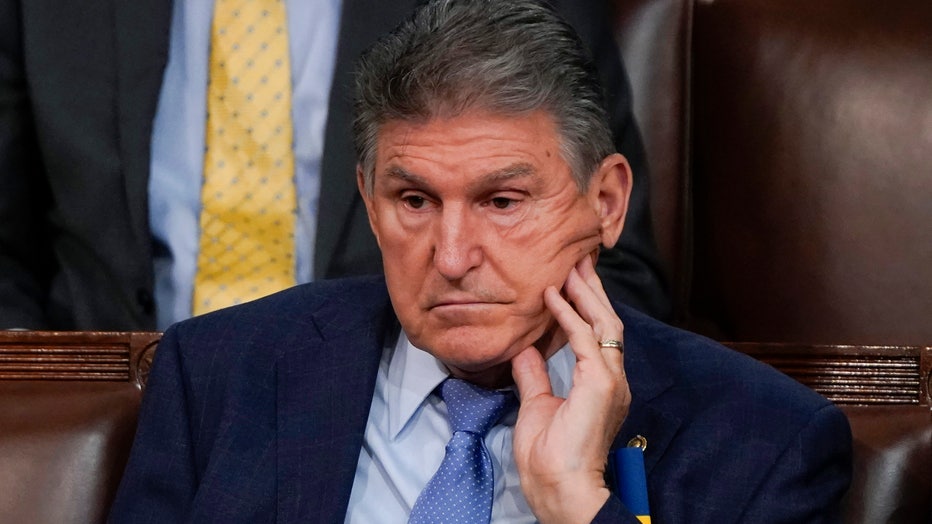 Sen. Joe Manchin, D-W.Va., listens as US President Joe Biden delivers his first State of the Union address to a joint session of Congress, at the Capitol on March 01, 2022 in Washington, DC. (Photo by J. Scott Applewhite-Pool/Getty Images)

Gina McCarthy, Biden's climate adviser, said Biden is not "shying away" from treating climate as an emergency.

"The president wants to make sure that we're doing it right, that we're laying it out, and that we have the time we need to get this worked out,'' she told reporters on Air Force One.

Sen. Ed Markey, D-Mass., said he was "confident that the president is ultimately ready to do whatever it takes in order to deal with this crisis."

"I think that he’s made that clear in his statement last Friday, and I think coming to Massachusetts is a further articulation of that goal," Markey told reporters on Tuesday.

An emergency declaration on climate would allow the president to redirect federal resources to bolster renewable energy programs that would help accelerate the transition away from fossil fuels. The declaration also could be used as a legal basis to block oil and gas drilling or other projects, although such actions would likely be challenged in court by energy companies or Republican-led states.

Biden pledged last week to take significant executive actions on climate after monthslong discussions between Manchin and Senate Majority Leader Chuck Schumer, D-N.Y., came to a standstill. The West Virginia senator cited stubbornly high inflation as the reason for his hesitation, although he has long protected energy interests in his coal- and gas-producing state. 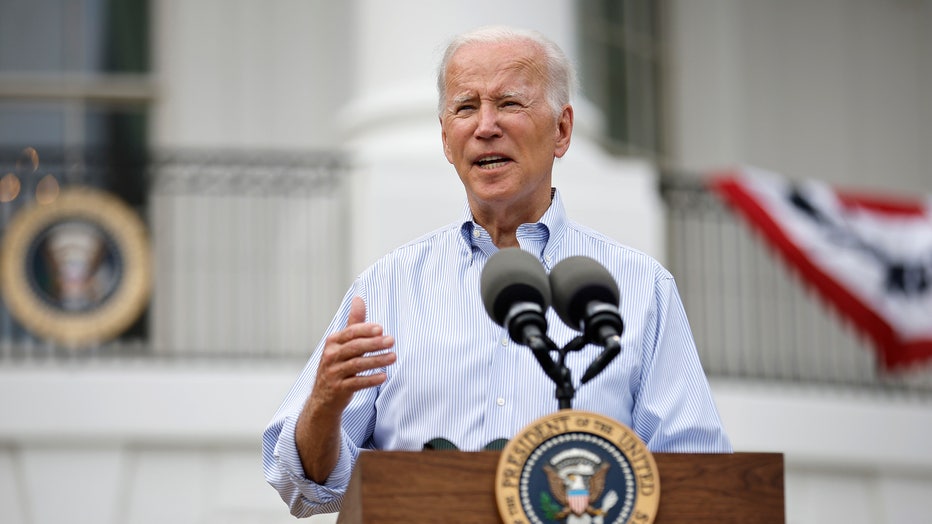 President Joe Biden delivers brief remarks during the Congressional Picnic on the South Lawn of the White House on July 12, 2022 in Washington, DC. (Photo by Chip Somodevilla/Getty Images)

For now, Manchin has said he will only agree to a legislative package that shores up subsidies to help people buy insurance under the 2010 health care law and allows Medicare to negotiate prescription drug prices that will ultimately lower the cost of pharmaceuticals for consumers.

The White House has indicated it wants Congress to take that deal, and Biden will address the climate issue on his own.

The former Brayton Point power plant closed in 2017 after burning coal for more than five decades. The plant will now become an offshore wind energy site.

A new report says the U.S. and other major carbon-polluting nations are falling short on pledges to fight climate change. Among the 10 biggest carbon emitters, only the European Union has enacted polices close to or consistent with international goals of limiting warming to just a few more tenths of a degree, according to scientists and experts who track climate action in countries.