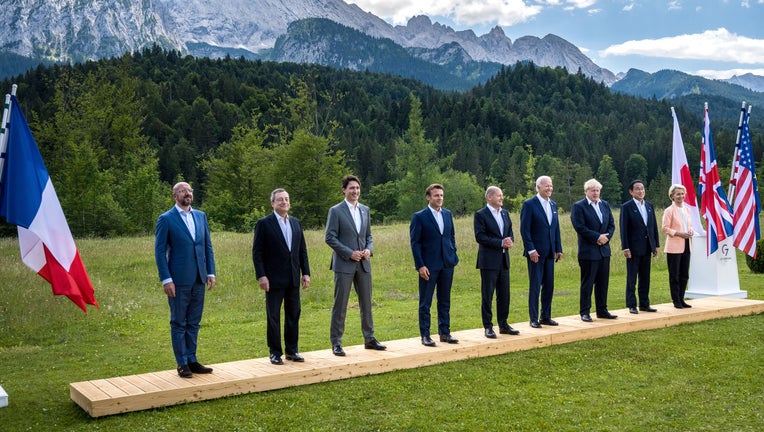 President Joe Biden on Sunday praised the continued unity of the global alliance confronting Russia, as he and other heads of the Group of Seven leading economies strategized on sustaining the pressure in their effort to isolate Moscow over its months-long invasion of Ukraine.

Biden and his counterparts were meeting to discuss how to secure energy supplies and tackle inflation, aiming to keep fallout from the war from splintering the global coalition working to punish Moscow. They were set to announce new bans on imports of Russian gold, the latest in a series of sanctions the club of democracies hopes will further isolate Russia economically over its invasion of Ukraine.

Leaders also were coming together in a new global infrastructure partnership meant to provide an alternative to Russian and Chinese investment in the developing world.

"We’ve got to make sure we have us all staying together," Biden said during a pre-summit sit-down with German Chancellor Olaf Scholz, who holds the G-7′s rotating presidency and is hosting the gathering. "You know, we’re gonna continue working on economic challenges that we face but I think we get through all this." 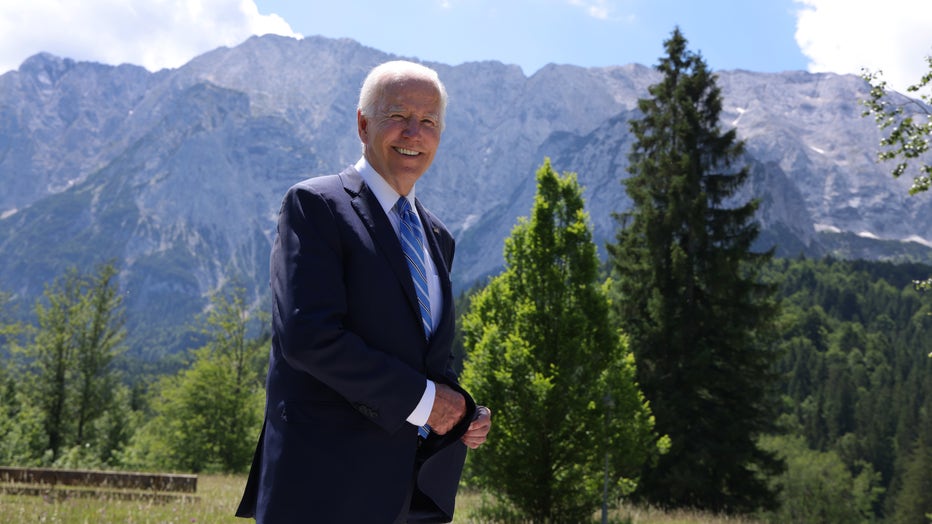 Scholz replied that the "good message" is that "we all made it to stay united, which Putin never expected," a reference to Russian President Vladimir Putin, who sent his military across the border into Ukraine in late February.

"We have to stay together, because Putin has been counting on, from the beginning, that somehow NATO and the G-7 would splinter, but we haven’t and we’re not going to," Biden replied, as he and Scholz sat on a terrace that overlooked the picturesque Bavarian Alps.

"We can’t let this aggression take the form it has and get away with it," added Biden.

Buildings evacuated after strikes in Kyiv

Biden condemned Russia's actions as "more of their barbarism."

The head of the European Union’s council of governments said the 27-member block maintains "unwavering unity" in backing Ukraine against Russia’s invasion with money and political support, but that "Ukraine needs more and we are committed to providing more."

The EU has imposed six rounds of sanctions against Russia, the latest one being a ban on 90% of Russian crude oil imports by the end of the year. The measure is aimed at a pillar of the Kremlin’s finances, its oil and gas revenues.

Biden and the leaders of Britain, Canada, France, Germany, Italy and Japan, plus the EU, were spending Sunday in both formal and informal settings, including working sessions on the war’s effects on the global economy, including inflation, and on infrastructure.

Biden, who arrived in Germany early Sunday, said G-7 nations, including the United States, will ban imports of gold from Russia. A formal announcement was expected Tuesday as the leaders hold their annual summit.

Senior Biden administration officials said gold is Moscow's second biggest export after energy, and that banning such imports would make it more difficult for Russia to participate in global markets. The officials spoke on condition of anonymity to discuss details before the announcement.

"Putin is squandering his dwindling resources on this pointless and barbaric war. He is bankrolling his ego at the expense of both the Ukrainian and Russian people," Johnson said. "We need to starve the Putin regime of its funding."

Gold, in recent years, has been the top Russian export after energy — reaching almost $19 billion or about 5% of global gold exports, in 2020, according to the White House. 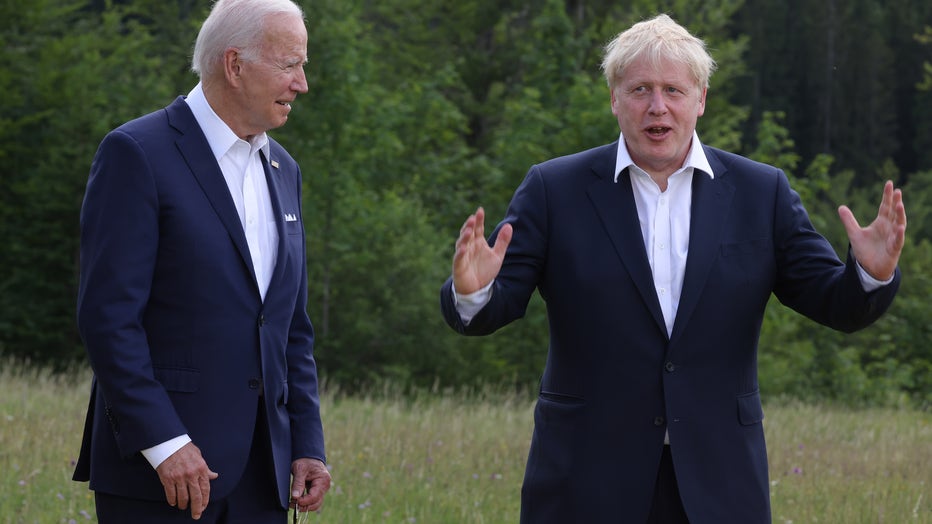 U.S. President Joe Biden (L) looks on as British Prime Minister Boris Johnson gestures after the G7 group photo on the first day of the G7 summit at Schloss Elmau on June 26, 2022 near Garmisch-Partenkirchen, Germany. (Photo by Sean Gallup/Getty Imag

Among the issues to be discussed are price caps on energy, which are meant to limit Russian oil and gas profits that Moscow can pump into its war effort. The idea has been championed by U.S. Treasury Secretary Janet Yellen.

Michel said price caps on Russian oil imports were under discussion. But he said "we want to go into the details, we want to fine-tune ... to make sure we have a clear understanding of what are the direct effects" if such a step were to be taken by the group.

Leaders were also set to discuss how to maintain commitments addressing climate change while also solving critical energy supply needs brought on by the war.

"There’s no watering down of climate commitments," John Kirby, a spokesman for Biden's National Security Council, said Saturday as the president flew to Germany.

Biden is also set to formally launch a global infrastructure partnership designed to counter China’s influence in the developing world. He had named it "Build Back Better World" and introduced the program at last year’s G-7 summit.

Biden and other leaders will announce the first projects to benefit from what the U.S. sees as an "alternative to infrastructure models that sell debt traps to low- and middle-income partner countries," Kirby said. The projects are also supposed to help advance U.S. economic competitiveness and our national security," he said.

After the G-7 summit concludes on Tuesday, Biden will travel to Madrid for a summit of the leaders of the 30 members of NATO to align strategy on the war in Ukraine.