What is the Public Service Loan Forgiveness program?

The Public Service Loan Forgiveness program began in 2007 as a reward for college students who go into public service but has been criticized for its complex requirements in the past.

The U.S. Department of Education announced the new figures this week, revealing how many borrowers have benefitted from temporary changes announced by the Biden Administration that were designed to fix the troubled program. The department added that the average amount of loan reduction per borrower has been close to $60,000.

The PSLF program was created in 2007 as a reward for college graduates who pursue jobs that often pay modest salaries but serve a greater good, such as careers in teaching, government organizations including the military, or nonprofit groups. Qualifying for the program is based on the employer, rather than the specific job.

It allows these employees to have their debt canceled after 10 years of qualifying monthly payments on federal student loans. But it had long been criticized for its complex requirements, with just 5,500 borrowers having gotten their loans erased as of last year, according to the department. 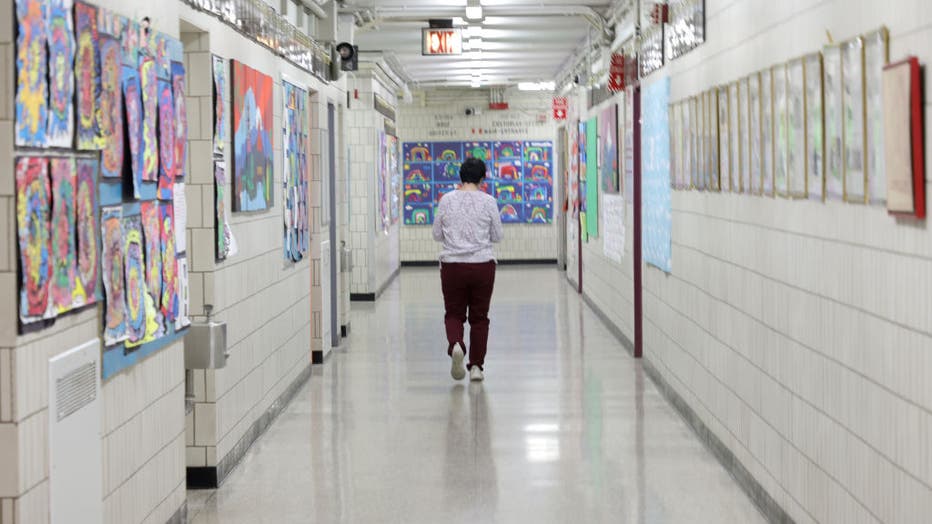 FILE IMAGE - A school principal walks a hallway at a school on April 11, 2022, in New York City. (Photo by Michael Loccisano/Getty Images)

More than 90% of applicants were found to have been rejected. After making a decade of payments, many borrowers found that they had the wrong type of federal loan or repayment plan to be eligible for the program. Thousands have ended up stuck with debt they thought would be cleared.

Under the new temporary changes, borrowers who have worked 10 years in a qualifying job will be eligible for loan relief no matter what kind of federal loan or repayment plan they have — through October 2022.

Past loan payments that were previously ineligible will now count, moving some borrowers closer to the finish line.

When it was announced, the department estimated that more than 550,000 borrowers would benefit from the temporary changes.

Michael Kitchen, an editor with Lending Tree's Student Loan Hero blog, previously told FOX Television Stations that regardless of your student loan situation, it's worth taking a look at your account and seeing if these new changes may apply.

"They're really trying to crack down on this and make sure these programs work the way they're intended to," Kitchen said.

U.S. education officials last month also announced changes to the income-driven repayment program (IDR), which was expected to bring immediate debt cancellation for at least 40,000 borrowers and help millions of others lower their debt.

The income-driven repayment program was created in 1994 to provide a safety net for people who struggle to repay student loans. The program offers five repayment options that provide reduced monthly payments based on income and family size.

The borrower’s remaining balance is supposed to be automatically forgiven after 20 or 25 years, depending on the plan.

But the department said the new fix came in response to the "historical failures" of the program. A study identified 7,700 federal student loans that appeared to meet the conditions for loan forgiveness but had yet to be canceled as of September 2020. So far, only 157 loans had been forgiven through income-driven plans, according to the study.