WASHINGTON - President Joe Biden signed an executive order Tuesday aimed at increasing the flow of information to families of Americans detained abroad and at imposing sanctions on the criminals, terrorists or government officials who hold them captive.

It is unclear if the new order will result in bringing home more Americans jailed in foreign countries, but senior Biden administration officials who previewed the action to reporters said they regard it as an important way to raise the cost of hostage-taking and to punish captors.

The executive order is being announced as the administration faces criticism from some families over a perceived lack of creativity and aggressiveness in getting their loved ones home. It also comes as the ongoing detention in Russia of WNBA star Brittney Griner has brought increased attention to the population of Americans who are jailed abroad and designated by the U.S. as wrongfully detained.

The action relies on a section of the Robert Levinson Hostage Recovery and Hostage-Taking Accountability Act — named after a retired FBI agent who vanished in Iran 15 years ago and is now presumed dead — that authorizes the president to impose sanctions, including visa revocations, on people believed to be involved in the wrongful detention of Americans. 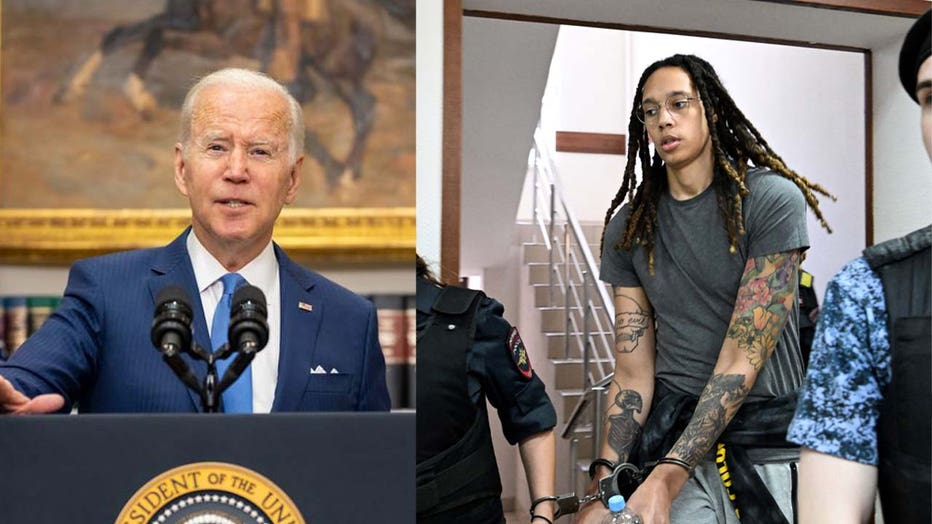 Brittney Griner’s appeal to President Joe Biden in a handwritten letter continued to garner reaction Tuesday after the WNBA All-Star acknowledged she feared never returning home and asked Biden not “ forget about me and the other American Detainees.”

In this case, officials said, that could apply to government officials or to criminals or terrorists unaffiliated with a government. Since sanctions may not always help facilitate a jailed American’s release — Russia’s invasion of Ukraine, for instance, has proceeded despite a wave of economic sanctions from Western allies — such punishment is expected to be used judiciously, according to one official who briefed reporters on the condition of anonymity under ground rules set by the administration.

Another element of the order will direct federal agencies to do better at sharing information and intelligence with families of detainees about the latest status of their case and efforts to get their loved one home.

In addition, the State Department is adding a new risk indicator to its country-specific travel advisories to warn travelers about nations where there’s believed to be an elevated risk of detention.

Relatives of jailed Americans are gathering in Washington, D.C., this week for the unveiling of a mural to honor the detainees. Administration officials would not say whether Biden would meet with the families.

Jonathan Franks, a spokesman for the Bring Our Families Home Campaign, a group that advocates for the interests of hostages and detainees, said in a statement that the "families continue to await a reply to their requests for meetings with President Biden."

Franks said that rather than engaging with the families in a meaningful way, "the White House is taking executive action to direct itself to follow existing law."