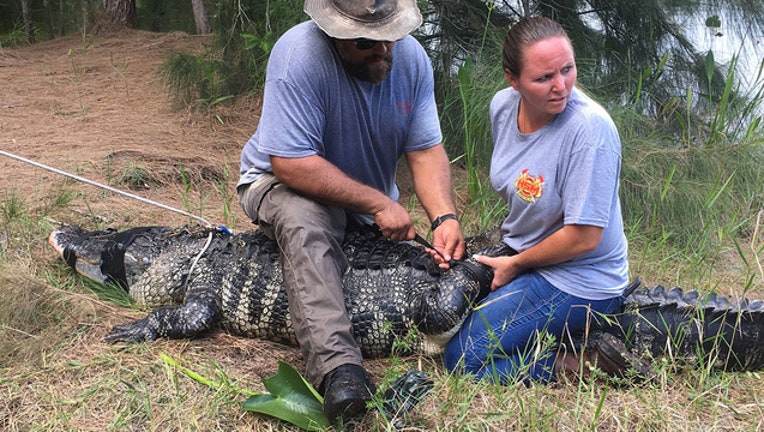 DAVIE (FOX 13) - Officials said the body of a woman who was dragged by an alligator into a south Florida lake was recovered on Friday evening.

The body of of 46-year-old Shizuka Matsuki was recovered shortly before 10 p.m. at the Silver Lakes Rotary Nature Park in Davie.

Florida Fish and Wildlife Conservation Commission officials confirmed that Matsuki’s arm was found inside a large alligator that was pulled from the lake where she disappeared. Officials said in a statement that a necropsy confirmed the gator bit the victim.

Police believe the victim had been walking her dogs near the lake when the gator attacked Friday morning.