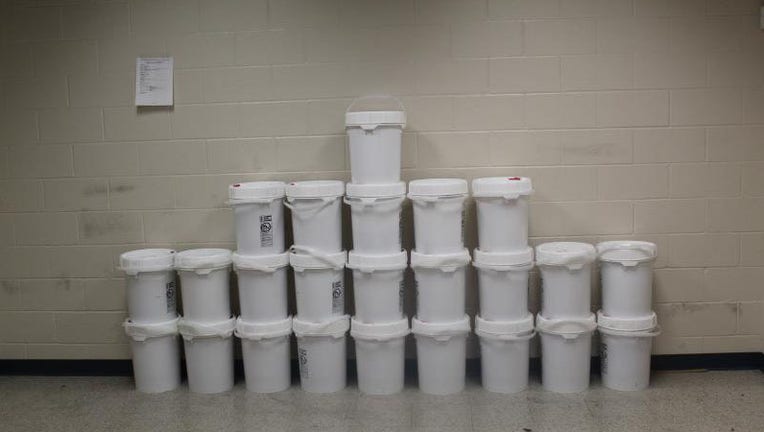 Border Patrol agents, in a single large-scale enforcement action last week, seized $18 million worth of methamphetamine being smuggled into Laredo, Texas, from Mexico in a semi-trailer truck.

Announcing the massive seizure on Wednesday, U.S. Customs and Border Protection (CBP) said one of its officers at the World Trade Bridge, which connects Mexico to the United States over the Rio Grande, on Friday had referred a 2013 International trailer hauling a shipment of stainless-steel scrap for a secondary inspection. The trailer was driven by a 33-year-old male Mexican citizen arriving from Mexico.

Following a canine and non-intrusive imaging system examination, CBP officers discovered a total of 912.82 pounds of alleged methamphetamine within the trailer, according to the press release.

The narcotics have an estimated street value of $18,253,206. CBP seized the narcotics and the tractor.

U.S. Immigration and Customs Enforcement-Homeland Security Investigations (ICE-HSI) special agents took over the case and arrested the driver. It’s unclear from CBP’s statement what charges he might face.

CBP, the largest federal law enforcement agency of the Department of Homeland Security, released a photo showing 24 buckets containing the nearly 913 pounds of the seized methamphetamine.

"Officers assigned to CBP cargo facilities ensure effective border security by preventing and countering the flow of suspected narcotics entering the country," Port Director Alberto Flores, Laredo Port of Entry, said in a statement. "Large-scale seizures, such as this one, provide an excellent example of border security management and how it helps prevent illicit contraband from reaching our communities."